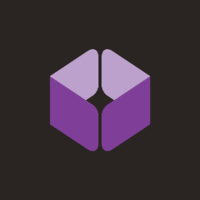 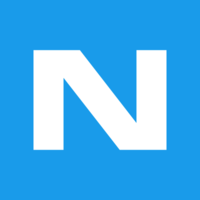 Developers describe Codeanywhere as "Online code editor, available on iOS, Android and more. Integrates with GitHub and Dropbox". A development platform that enables you to not only edit your files from underlying services like FTP, GitHub, Dropbox and the like, but on top of that gives you the ability to collaborate, embed and share through Codeanywhere on any device. On the other hand, Nitrous.IO is detailed as "Making coding in the cloud a reality". Get setup lightning fast in the cloud & code from anywhere, on any machine.

Codeanywhere and Nitrous.IO can be primarily classified as "Cloud IDE" tools.

Some of the features offered by Codeanywhere are:

On the other hand, Nitrous.IO provides the following key features:

"Sleek interface" is the primary reason why developers consider Codeanywhere over the competitors, whereas "Easy to use" was stated as the key factor in picking Nitrous.IO.

Ztory, Edify, and Glu IO are some of the popular companies that use Nitrous.IO, whereas Codeanywhere is used by Techstars, Accenture, and Bameslog. Nitrous.IO has a broader approval, being mentioned in 7 company stacks & 4 developers stacks; compared to Codeanywhere, which is listed in 5 company stacks and 6 developer stacks.

What are some alternatives to Codeanywhere and Nitrous.IO?
Red Hat Codeready Workspaces
Built on the open Eclipse Che project, Red Hat CodeReady Workspaces provides developer workspaces, which include all the tools and the dependencies that are needed to code, build, test, run, and debug applications.
Cloud9 IDE
Cloud9 provides a development environment in the cloud. Cloud9 enables developers to get started with coding immediately with pre-setup environments called workspaces, collaborate with their peers with collaborative coding features, and build web apps with features like live preview and browser compatibility testing. It supports more than 40 languages, with class A support for PHP, Ruby, Python, JavaScript/Node.js, and Go.
Koding
Koding is a feature rich cloud-based development environment complete with free VMs, an attractive IDE & sudo level terminal access!
CodePen
It is a social development environment for front-end designers and developers.. It functions as an online code editor and open-source learning environment, where developers can create code snippets, creatively named "pens", and test them.
Eclipse Che
Eclipse Che makes Kubernetes development accessible for developer teams, providing one-click developer workspaces and eliminating local environment configuration for your entire team.
See all alternatives
Decisions about Codeanywhere and Nitrous.IO
No stack decisions found
Related Comparisons