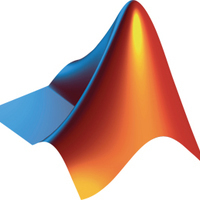 Common Lisp vs MATLAB: What are the differences?

Developers describe Common Lisp as "The modern, multi-paradigm, high-performance, compiled, ANSI-standardized descendant of the long-running family of Lisp programming languages". Lisp was originally created as a practical mathematical notation for computer programs, influenced by the notation of Alonzo Church's lambda calculus. It quickly became the favored programming language for artificial intelligence (AI) research. As one of the earliest programming languages, Lisp pioneered many ideas in computer science, including tree data structures, automatic storage management, dynamic typing, conditionals, higher-order functions, recursion, and the self-hosting compiler. [source: wikipedia]. On the other hand, MATLAB is detailed as "A high-level language and interactive environment for numerical computation, visualization, and programming". Using MATLAB, you can analyze data, develop algorithms, and create models and applications. The language, tools, and built-in math functions enable you to explore multiple approaches and reach a solution faster than with spreadsheets or traditional programming languages, such as C/C++ or Java.

Common Lisp and MATLAB belong to "Languages" category of the tech stack.

"Flexibility" is the primary reason why developers consider Common Lisp over the competitors, whereas "Simulink" was stated as the key factor in picking MATLAB.

According to the StackShare community, MATLAB has a broader approval, being mentioned in 12 company stacks & 23 developers stacks; compared to Common Lisp, which is listed in 5 company stacks and 3 developer stacks.

Jobs that mention Common Lisp and MATLAB as a desired skillset

What are some alternatives to Common Lisp and MATLAB?
Clojure
Clojure is designed to be a general-purpose language, combining the approachability and interactive development of a scripting language with an efficient and robust infrastructure for multithreaded programming. Clojure is a compiled language - it compiles directly to JVM bytecode, yet remains completely dynamic. Clojure is a dialect of Lisp, and shares with Lisp the code-as-data philosophy and a powerful macro system.
Haskell
Python
Python is a general purpose programming language created by Guido Van Rossum. Python is most praised for its elegant syntax and readable code, if you are just beginning your programming career python suits you best.
Racket
It is a general-purpose, multi-paradigm programming language based on the Scheme dialect of Lisp. It is designed to be a platform for programming language design and implementation. It is also used for scripting, computer science education, and research.
JavaScript
JavaScript is most known as the scripting language for Web pages, but used in many non-browser environments as well such as node.js or Apache CouchDB. It is a prototype-based, multi-paradigm scripting language that is dynamic,and supports object-oriented, imperative, and functional programming styles.
See all alternatives
Decisions about Common Lisp and MATLAB
No stack decisions found
Related Comparisons