Heads up! You are comparing apples to oranges. Here is a related, more direct comparison: Git vs Plastic SCM
HomeDevOpsBuild, Test, DeployCode Review 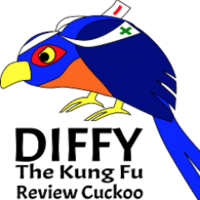 Gerrit Code Review vs Plastic SCM: What are the differences?

Some of the features offered by Gerrit Code Review are:

On the other hand, Plastic SCM provides the following key features:

"Cleaner repository story" is the primary reason why developers consider Gerrit Code Review over the competitors, whereas "Wanna do Branch per Task Dev? Plastic rocks it" was stated as the key factor in picking Plastic SCM.

What is Gerrit Code Review?

Gerrit is a self-hosted pre-commit code review tool. It serves as a Git hosting server with option to comment incoming changes. It is highly configurable and extensible with default guarding policies, webhooks, project access control and more.

What are the cons of using Gerrit Code Review?

What companies use Gerrit Code Review?

What are some alternatives to Gerrit Code Review and Plastic SCM?
GitHub
GitHub is the best place to share code with friends, co-workers, classmates, and complete strangers. Over three million people use GitHub to build amazing things together.
GitLab
GitLab offers git repository management, code reviews, issue tracking, activity feeds and wikis. Enterprises install GitLab on-premise and connect it with LDAP and Active Directory servers for secure authentication and authorization. A single GitLab server can handle more than 25,000 users but it is also possible to create a high availability setup with multiple active servers.
ESLint
A pluggable and configurable linter tool for identifying and reporting on patterns in JavaScript. Maintain your code quality with ease.
SonarQube
SonarQube provides an overview of the overall health of your source code and even more importantly, it highlights issues found on new code. With a Quality Gate set on your project, you will simply fix the Leak and start mechanically improving.
Code Climate
After each Git push, Code Climate analyzes your code for complexity, duplication, and common smells to determine changes in quality and surface technical debt hotspots.
See all alternatives
Decisions about Gerrit Code Review and Plastic SCM
No stack decisions found
Related Comparisons