Sensu vs Telegraf: What are the differences?

Developers describe Sensu as "Open source monitoring framework". A monitoring framework that aims to be simple, malleable, and scalable. Essentially, Sensu takes the results of “check” scripts run across many systems, and if certain conditions are met; passes their information to one or more “handlers”. Checks are used, for example, to determine if a service like Apache is up or down. On the other hand, Telegraf is detailed as "The plugin-driven server agent for collecting & reporting metrics". It is an agent for collecting, processing, aggregating, and writing metrics. Design goals are to have a minimal memory footprint with a plugin system so that developers in the community can easily add support for collecting metrics.

Sensu and Telegraf belong to "Monitoring Tools" category of the tech stack.

According to the StackShare community, Sensu has a broader approval, being mentioned in 33 company stacks & 7 developers stacks; compared to Telegraf, which is listed in 13 company stacks and 3 developer stacks.

Pros of Sensu
Pros of Telegraf

Cons of Sensu
Cons of Telegraf

Sensu is the future-proof solution for multi-cloud monitoring at scale. The Sensu monitoring event pipeline empowers businesses to automate their monitoring workflows and gain deep visibility into their multi-cloud environments.

What companies use Sensu?

What companies use Telegraf?

What tools integrate with Sensu?

What tools integrate with Telegraf? 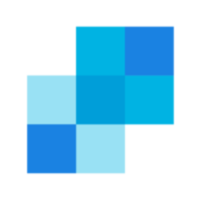 +10
11
8844
What are some alternatives to Sensu and Telegraf?
Prometheus
Prometheus is a systems and service monitoring system. It collects metrics from configured targets at given intervals, evaluates rule expressions, displays the results, and can trigger alerts if some condition is observed to be true.
Nagios
Nagios is a host/service/network monitoring program written in C and released under the GNU General Public License.
Zabbix
Zabbix is a mature and effortless enterprise-class open source monitoring solution for network monitoring and application monitoring of millions of metrics.
Datadog
Datadog is the leading service for cloud-scale monitoring. It is used by IT, operations, and development teams who build and operate applications that run on dynamic or hybrid cloud infrastructure. Start monitoring in minutes with Datadog!
Icinga
It monitors availability and performance, gives you simple access to relevant data and raises alerts to keep you in the loop. It was originally created as a fork of the Nagios system monitoring application.
See all alternatives
Interest over time
How much does Sensu cost?
How much does Telegraf cost?
Pricing unavailable
News about Sensu
Self-monitoring Chef using Sensu
(blog.chef.io)
Jul 11, 2017
More news
News about Telegraf
More news