Heads up! You are comparing apples to oranges. Here is a related, more direct comparison: TeamCity vs Appveyor
HomeDevOpsBuild, Test, DeployContinuous Integration
UPDATED
May 18, 2020 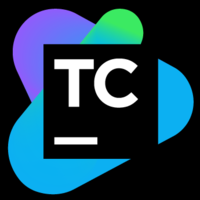 TeamCity vs Zookeeper: What are the differences?

What is Zookeeper? Because coordinating distributed systems is a Zoo. A centralized service for maintaining configuration information, naming, providing distributed synchronization, and providing group services. All of these kinds of services are used in some form or another by distributed applications.

TeamCity belongs to "Continuous Integration" category of the tech stack, while Zookeeper can be primarily classified under "Open Source Service Discovery".

"Easy to configure" is the top reason why over 52 developers like TeamCity, while over 9 developers mention "High performance ,easy to generate node specific config" as the leading cause for choosing Zookeeper.

Stack Exchange, ebay, and Apple are some of the popular companies that use TeamCity, whereas Zookeeper is used by Uber Technologies, Pinterest, and Shopify. TeamCity has a broader approval, being mentioned in 171 company stacks & 51 developers stacks; compared to Zookeeper, which is listed in 116 company stacks and 48 developer stacks.

Pros of TeamCity
Pros of Zookeeper

Cons of TeamCity
Cons of Zookeeper

TeamCity is a user-friendly continuous integration (CI) server for professional developers, build engineers, and DevOps. It is trivial to setup and absolutely free for small teams and open source projects.

What companies use TeamCity?

What companies use Zookeeper?

What tools integrate with TeamCity?

What tools integrate with Zookeeper?

What are some alternatives to TeamCity and Zookeeper?
Jenkins
In a nutshell Jenkins CI is the leading open-source continuous integration server. Built with Java, it provides over 300 plugins to support building and testing virtually any project.
Appveyor
AppVeyor aims to give powerful Continuous Integration and Deployment tools to every .NET developer without the hassle of setting up and maintaining their own build server.
Hudson
It monitors the execution of repeated jobs, such as building a software project or jobs run by cron. Among those things, currently it focuses on the two jobs
Octopus Deploy
Octopus Deploy helps teams to manage releases, automate deployments, and operate applications with automated runbooks. It's free for small teams.
FinalBuilder
With FinalBuilder you don't need to edit xml, or write scripts. Visually define and debug your build scripts, then schedule them with windows scheduler, or integrate them with Continua CI, Jenkins or any other CI Server.
See all alternatives
Interest over time
How much does TeamCity cost?
How much does Zookeeper cost?
Pricing unavailable
News about TeamCity
TeamCity 2020.1: Conditional Build Steps, Support for Kubernetes, Slack Notifier, Integration with Azure DevOps and Jira Software Cloud, and more
(blog.jetbrains.com)
May 18, 2020
TeamCity 2020.1 RC is out
(blog.jetbrains.com)
May 13, 2020
TeamCity 2019.2.4 is released
(blog.jetbrains.com)
May 8, 2020
New TeamCity Notifier browser extension
(blog.jetbrains.com)
May 4, 2020
TeamCity 2020.1 EAP3 is here
(blog.jetbrains.com)
a month ago
More news
News about Zookeeper
More news