Amazon API Gateway vs Postman: What are the differences?

Developers describe Amazon API Gateway as "Create, publish, maintain, monitor, and secure APIs at any scale". Amazon API Gateway handles all the tasks involved in accepting and processing up to hundreds of thousands of concurrent API calls, including traffic management, authorization and access control, monitoring, and API version management. On the other hand, Postman is detailed as "Only complete API development environment". Postman is the only complete API development environment, used by nearly five million developers and more than 100,000 companies worldwide.

Amazon API Gateway and Postman can be categorized as "API" tools.

Some of the features offered by Amazon API Gateway are:

On the other hand, Postman provides the following key features:

"AWS Integration" is the primary reason why developers consider Amazon API Gateway over the competitors, whereas "Easy to use" was stated as the key factor in picking Postman.

From a StackShare Community member: "I just started working for a start-up and we are in desperate need of better documentation for our API. Currently our API docs is in a README.md file. We are evaluating Postman and Swagger UI. Since there are many options and I was wondering what other StackSharers would recommend?"

Postman
at
Founder and Lightning

I use Postman because of the ease of team-management, using workspaces and teams, runner, collections, environment variables, test-scripts (post execution), variable management (pre and post execution), folders (inside collections, for better management of APIs), newman, easy-ci-integration (and probably a few more things that I am not able to recall right now).

I recommend Postman because it's easy to use with history option. Also, it has very great features like runner, collections, test scripts runners, defining environment variables and simple exporting and importing data.

I use Swagger UI because it's an easy tool for end-consumers to visualize and test our APIs. It focuses on that ! And it's directly embedded and delivered with the APIs. Postman's built-in tools aren't bad, but their main focus isn't the documentation and also, they are hosted outside the project.

Postman supports automation and organization in a way that Insomnia just doesn't. Admittedly, Insomnia makes it slightly easy to query the data that you get back (in a very MongoDB-esque query language) but Postman sets you up to develop the code that you would use in development/testing right in the editor.

What is Amazon API Gateway?

Amazon API Gateway handles all the tasks involved in accepting and processing up to hundreds of thousands of concurrent API calls, including traffic management, authorization and access control, monitoring, and API version management.

It is the only complete API development environment, used by nearly five million developers and more than 100,000 companies worldwide. 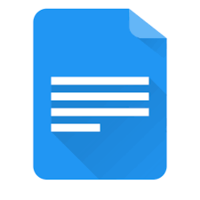 What companies use Amazon API Gateway?

What companies use Postman?

See which teams inside your own company are using Amazon API Gateway or Postman.
Sign up for Private StackShareLearn More

What tools integrate with Postman?

What are some alternatives to Amazon API Gateway and Postman?
Apigee
API management, design, analytics, and security are at the heart of modern digital architecture. The Apigee intelligent API platform is a complete solution for moving business to the digital world.
Kong
Kong is a scalable, open source API Layer (also known as an API Gateway, or API Middleware). Kong controls layer 4 and 7 traffic and is extended through Plugins, which provide extra functionality and services beyond the core platform.
NGINX
nginx [engine x] is an HTTP and reverse proxy server, as well as a mail proxy server, written by Igor Sysoev. According to Netcraft nginx served or proxied 30.46% of the top million busiest sites in Jan 2018.
Zuul
It is the front door for all requests from devices and websites to the backend of the Netflix streaming application. As an edge service application, It is built to enable dynamic routing, monitoring, resiliency, and security. Routing is an integral part of a microservice architecture.
Azure API Management
Today's innovative enterprises are adopting API architectures to accelerate growth. Streamline your work across hybrid and multi-cloud environments with a single place for managing all your APIs.
See all alternatives
See all the technologies you’re using across your company.
Sign up for Private StackShareLearn More