HomeApplication and DataData StoresSQL Database as a Service
UPDATED
Aug 4, 2022

Amazon RDS for Aurora vs MariaDB: What are the differences?

Amazon RDS for Aurora: MySQL and PostgreSQL compatible relational database with several times better performance. Amazon Aurora is a MySQL-compatible, relational database engine that combines the speed and availability of high-end commercial databases with the simplicity and cost-effectiveness of open source databases. Amazon Aurora provides up to five times better performance than MySQL at a price point one tenth that of a commercial database while delivering similar performance and availability; MariaDB: An enhanced, drop-in replacement for MySQL. Started by core members of the original MySQL team, MariaDB actively works with outside developers to deliver the most featureful, stable, and sanely licensed open SQL server in the industry. MariaDB is designed as a drop-in replacement of MySQL(R) with more features, new storage engines, fewer bugs, and better performance.

Amazon RDS for Aurora belongs to "SQL Database as a Service" category of the tech stack, while MariaDB can be primarily classified under "Databases".

Some of the features offered by Amazon RDS for Aurora are:

On the other hand, MariaDB provides the following key features:

"MySQL compatibility " is the top reason why over 11 developers like Amazon RDS for Aurora, while over 150 developers mention "Drop-in mysql replacement" as the leading cause for choosing MariaDB.

MariaDB is an open source tool with 2.82K GitHub stars and 864 GitHub forks. Here's a link to MariaDB's open source repository on GitHub. 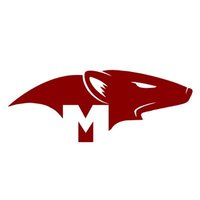 Hi all. I am an informatics student, and I need to realise a simple website for my friend. I am planning to realise the website using Node.js and Mongoose, since I have already done a project using these technologies. I also know SQL, and I have used PostgreSQL and MySQL previously.

The website will show a possible travel destination and local transportation. The database is used to store information about traveling, so only admin will manage the content (especially photos). While clients will see the content uploaded by the admin. I am planning to use Mongoose because it is very simple and efficient for this project. Please give me your opinion about this choice. 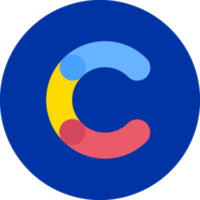 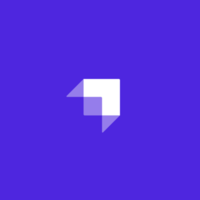 The use case you are describing would benefit from a self-hosted headless CMS like contentful. You can also go for Strapi with a database of your choice but here you would have to host Strapi and the underlying database (if not using SQLite) yourself. If you want to use Strapi, you can ease your work by using something like PlanetSCaleDB as the backing database for Strapi.

Your requirements seem nothing special. on the other hand, MongoDB is commonly used with Node. you could use Mongo without defining a Schema, does it give you any benefits? Also, note that development speed matters. In most cases RDBMS are the best choice, Learn and use Postgres for life!

Any database will be a great choice for your app, which is less of a technical challenge and more about great content. Go for it, the geographical search features maybe be actually handy for you.

SQL is not so good at query lat long out of the box. you might need to use additional tools for that like UTM coordinates or Uber's H3.

If you use mongoDB, it support 2d coordinate query out of the box.

MongoDB and Mongoose are commonly used with Node.js and the use case doesn't seem to be requiring any special considerations as of now. However using MongoDB now will allow you to easily expand and modify your use case in future.

If not MongoDB, then my second choice will be PostgreSQL. It's a generic purpose database with jsonb support (if you need it) and lots of resources online. Nobody was fired for choosing PostgreSQL.

Any database engine should work well but I vote for Postgres because of PostGIS extension that may be handy for travel related site. There's nothing special about your requirements.

Hi, Maxim! Most likely, the site is almost ready. But we would like to share our development with you. https://falcon.web-automation.ru/ This is a constructor for web application. With it, you can create almost any site with different roles which have different levels of access to information and different functionality. The platform is managed via sql. knowing sql, you will be able to change the business logic as necessary and during further project maintenance. We will be glad to hear your feedback about the platform.

We actually use both Mongo and SQL databases in production. Mongo excels in both speed and developer friendliness when it comes to geospatial data and queries on the geospatial data, but we also like ACID compliance hence most of our other data (except on-site logs) are stored in a SQL Database (MariaDB for now)

What is Amazon Aurora?

Started by core members of the original MySQL team, MariaDB actively works with outside developers to deliver the most featureful, stable, and sanely licensed open SQL server in the industry. MariaDB is designed as a drop-in replacement of MySQL(R) with more features, new storage engines, fewer bugs, and better performance.

What companies use Amazon Aurora?

What companies use MariaDB?

See which teams inside your own company are using Amazon Aurora or MariaDB.
Sign up for StackShare EnterpriseLearn More

What tools integrate with Amazon Aurora?

What tools integrate with MariaDB?

+37
119
37073
What are some alternatives to Amazon Aurora and MariaDB?
Amazon RDS
Amazon RDS gives you access to the capabilities of a familiar MySQL, Oracle or Microsoft SQL Server database engine. This means that the code, applications, and tools you already use today with your existing databases can be used with Amazon RDS. Amazon RDS automatically patches the database software and backs up your database, storing the backups for a user-defined retention period and enabling point-in-time recovery. You benefit from the flexibility of being able to scale the compute resources or storage capacity associated with your Database Instance (DB Instance) via a single API call.
Google Cloud SQL
Run the same relational databases you know with their rich extension collections, configuration flags and developer ecosystem, but without the hassle of self management.
Azure SQL Database
It is the intelligent, scalable, cloud database service that provides the broadest SQL Server engine compatibility and up to a 212% return on investment. It is a database service that can quickly and efficiently scale to meet demand, is automatically highly available, and supports a variety of third party software.
DigitalOcean Managed Databases
Build apps and store data in minutes with easy access to one or more databases and sleep better knowing your data is backed up and optimized.
Azure Database for MySQL
Azure Database for MySQL provides a managed database service for app development and deployment that allows you to stand up a MySQL database in minutes and scale on the fly – on the cloud you trust most.
See all alternatives
See all the technologies you’re using across your company.
Sign up for StackShare EnterpriseLearn More