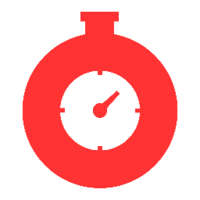 Amazon CloudFront vs Fastly: What are the differences?

Developers describe Amazon CloudFront as "Content delivery with low latency and high data transfer speeds". Amazon CloudFront can be used to deliver your entire website, including dynamic, static, streaming, and interactive content using a global network of edge locations. Requests for your content are automatically routed to the nearest edge location, so content is delivered with the best possible performance. On the other hand, Fastly is detailed as "We're redefining content delivery". Fastly's real-time content delivery network gives you total control over your content, unprecedented access to performance analytics, and the ability to instantly update content in 150 milliseconds.

Some of the features offered by Amazon CloudFront are:

On the other hand, Fastly provides the following key features:

"Fast" is the top reason why over 245 developers like Amazon CloudFront, while over 20 developers mention "Real-time updates" as the leading cause for choosing Fastly.

According to the StackShare community, Amazon CloudFront has a broader approval, being mentioned in 3358 company stacks & 599 developers stacks; compared to Fastly, which is listed in 96 company stacks and 11 developer stacks.

What is Amazon CloudFront?

Amazon CloudFront can be used to deliver your entire website, including dynamic, static, streaming, and interactive content using a global network of edge locations. Requests for your content are automatically routed to the nearest edge location, so content is delivered with the best possible performance.

Why do developers choose Amazon CloudFront?

Why do developers choose Fastly?

What are the cons of using Amazon CloudFront?

What are the cons of using Fastly?

What companies use Amazon CloudFront?

What companies use Fastly?

What tools integrate with Amazon CloudFront?

What tools integrate with Fastly?

What are some alternatives to Amazon CloudFront and Fastly?
Akamai
If you've ever shopped online, downloaded music, watched a web video or connected to work remotely, you've probably used Akamai's cloud platform. Akamai helps businesses connect the hyperconnected, empowering them to transform and reinvent their business online. We remove the complexities of technology, so you can focus on driving your business faster forward.
CloudFlare
Cloudflare speeds up and protects millions of websites, APIs, SaaS services, and other properties connected to the Internet.
Google Cloud Storage
Google Cloud Storage allows world-wide storing and retrieval of any amount of data and at any time. It provides a simple programming interface which enables developers to take advantage of Google's own reliable and fast networking infrastructure to perform data operations in a secure and cost effective manner. If expansion needs arise, developers can benefit from the scalability provided by Google's infrastructure.
MaxCDN
The MaxCDN Content Delivery Network efficiently delivers your site’s static file through hundreds of servers instead of slogging through a single host. This "smart route" technology distributes your content to your visitors via the city closest to them.
Amazon S3
Amazon Simple Storage Service provides a fully redundant data storage infrastructure for storing and retrieving any amount of data, at any time, from anywhere on the web
See all alternatives
Decisions about Amazon CloudFront and Fastly

When I first built my portfolio I used GitHub for the source control and deployed directly to Netlify on a push to master. This was a perfect setup, I didn't need any knowledge about #DevOps or anything, it was all just done for me.

One of the issues I had with Netlify was I wanted to gzip my JavaScript files, I had this setup in my #Webpack file, however Netlify didn't offer an easy way to set this.

Over the weekend I decided I wanted to know more about how #DevOps worked so I decided to switch from Netlify to Amazon S3. Instead of creating any #Git Webhooks I decided to use Buddy for my pipeline and to run commands. Buddy is a fantastic tool, very easy to setup builds, copying the files to my Amazon S3 bucket, then running some #AWS console commands to set the content-encoding of the JavaScript files. - Buddy is also free if you only have a few pipelines, so I didn't need to pay anything 🤙🏻.

When I made these changes I also wanted to monitor my code, and make sure I was keeping up with the best practices so I implemented Code Climate to look over my code and tell me where there code smells, issues, and other issues I've been super happy with it so far, on the free tier so its also free.

I did plan on using Amazon CloudFront for my SSL and cacheing, however it was overly complex to setup and it costs money. So I decided to go with the free tier of CloudFlare and it is amazing, best choice I've made for caching / SSL in a long time.

I recently moved my portfolio to Amazon S3 and I needed a new way to cache and SSL my site as Amazon S3 does not come with this right out of the box. I tried Amazon CloudFront as I was already on Amazon S3 I thought this would be super easy and straight forward to setup... It was not, I was unable to get this working even though I followed all the online steps and even reached out for help to Amazon.

I'd used CloudFlare in the past, and thought let me see if I can set up CloudFlare on an Amazon S3 bucket. The setup for this was so basic and easy... I had it setup with caching and SSL within 5 minutes, and it was 100% free.

When my SSL cert MaxCDN was expiring on my personal site I decided it was a good time to revamp some things. Since GitHub Services is depreciated I can no longer have #CDN cache purges automated among other things. So I decided on the following: GitHub Pages, Netlify, Let's Encrypt and Jekyll. Staying the same was Bootstrap, jQuery, Grunt & #GoogleFonts.

What's awesome about GitHub Pages is that it has a #CDN (Fastly) built-in and anytime you push to master, it purges the cache instantaneously without you have to do anything special. Netlify is magic, I highly recommend it to anyone using #StaticSiteGenerators.

For the most part, everything went smoothly. The only things I had issues with were the following:

Last but certainly not least, I made a donation to Let's Encrypt. If you use their service consider doing it too: https://letsencrypt.org/donate/

Bram Verdonck
Founder at CloudvCard · a few seconds ago | 5 upvotes · 13.7K views
at

Yesterday we moved away from using CloudFlare towards Amazon Route 53 for a few reasons. Although CloudFlare is a great platform, once you reach almost a 100% AWS Service integration, it makes it hard to still use CloudFlare in the stack. Also being able to use Aliases for DNS makes it faster because instead of doing a CNAME and an A record lookup, you will be able to receive the A records from the end services directly. We always loved working with CloudFlare , especially for DNS as we already used Amazon CloudFront for CDN. But having everything within AWS makes it "cleaner" when deploying automatically using AWS CloudFormation. All that aside, the main reason for moving towards Amazon Route 53 for DNS is the ability to do geolocation and latency based DNS responses. Doing this outside the AWS console would increase the complexity.

In addition to having a great service, a powerful API and a perfect uptime the one thing that's really awesome about Fastly is their support. They respond really fast, are very knowledgeable, and do everything they can to help you with your problem (and that includes 1-to-1 chat on irc, skype/hangout call, etc.). Such a great experience.

I love CloudFront. All my assets are hosted by them, and they cut page load time in half, and my average bill is around $0.15/month. They're good, fast, and cheap — pick three!

Incredible. Lets us cache dynamic pages. Makes other CDNs feel like unwieldy beasts. Support is second to none.

How developers use Amazon CloudFront and Fastly

We chose CloudFront mostly because it’s incredibly popular. But also because it’s the recommended CDN for Heroku, which means there shouldn’t be any problems using them together. Rails makes it really easy to drop in a CDN reference for your app so that when your assets get compiled, they’re shipped off to the CDN and then deployed with your app.

So anytime we push to Heroku, we’re pushing up to CloudFront (if the assets don’t already exist). One major issue we still haven’t been able to solve involves Fonts. Has anyone actually been able to get fonts served up through CloudFront using Rails 4 and Heroku? Literally spent hours researching this and can’t find any solutions. We ended up just referencing a CDN for all the font libraries.

I use CloudFront to front the static website at zerotoherojs.com that I host in an s3 bucket.

This way, I don’t have to worry about scalability or performance, as I’ll know that the content will be delivered to the users as fast as possible from the closest edge location.

Parked in front of an nginx instance that serves all of our static assets. Performance and reliability have been excellent, and the header pass-through rules are wonderful. Price is affordable, as well.

In my opinion, the best Content Delivery Network for the money. This, along with other services from AWS's ecosystem make this the easy choice for CDN. Fast, simple and cheap.

We use this because it's a CDN that sits in front of our static resources hosted in S3. It makes it so that users in other countries can have quick access to our portal.