Heads up! You are comparing apples to oranges. Here is a related, more direct comparison: Kafka vs Event Store
HomeApplication and DataApplication UtilitiesReal-time Data Processing 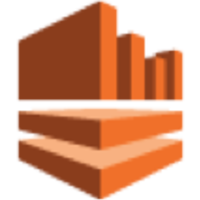 Amazon Kinesis Firehose vs Kafka: What are the differences?

Developers describe Amazon Kinesis Firehose as "Simple and Scalable Data Ingestion". Amazon Kinesis Firehose is the easiest way to load streaming data into AWS. It can capture and automatically load streaming data into Amazon S3 and Amazon Redshift, enabling near real-time analytics with existing business intelligence tools and dashboards you’re already using today. On the other hand, Kafka is detailed as "Distributed, fault tolerant, high throughput pub-sub messaging system". Kafka is a distributed, partitioned, replicated commit log service. It provides the functionality of a messaging system, but with a unique design.

Some of the features offered by Amazon Kinesis Firehose are:

According to the StackShare community, Kafka has a broader approval, being mentioned in 509 company stacks & 470 developers stacks; compared to Amazon Kinesis Firehose, which is listed in 33 company stacks and 9 developer stacks.

What is Amazon Kinesis Firehose?

What are the cons of using Amazon Kinesis Firehose?

What companies use Amazon Kinesis Firehose?

What are some alternatives to Amazon Kinesis Firehose and Kafka?
Stream
Stream allows you to build scalable feeds, activity streams, and chat. Stream’s simple, yet powerful API’s and SDKs are used by some of the largest and most popular applications for feeds and chat. SDKs available for most popular languages.
Amazon Kinesis
Amazon Kinesis can collect and process hundreds of gigabytes of data per second from hundreds of thousands of sources, allowing you to easily write applications that process information in real-time, from sources such as web site click-streams, marketing and financial information, manufacturing instrumentation and social media, and operational logs and metering data.
Google Cloud Dataflow
Google Cloud Dataflow is a unified programming model and a managed service for developing and executing a wide range of data processing patterns including ETL, batch computation, and continuous computation. Cloud Dataflow frees you from operational tasks like resource management and performance optimization.
See all alternatives
Decisions about Amazon Kinesis Firehose and Kafka

We are in the process of building a modern content platform to deliver our content through various channels. We decided to go with Microservices architecture as we wanted scale. Microservice architecture style is an approach to developing an application as a suite of small independently deployable services built around specific business capabilities. You can gain modularity, extensive parallelism and cost-effective scaling by deploying services across many distributed servers. Microservices modularity facilitates independent updates/deployments, and helps to avoid single point of failure, which can help prevent large-scale outages. We also decided to use Event Driven Architecture pattern which is a popular distributed asynchronous architecture pattern used to produce highly scalable applications. The event-driven architecture is made up of highly decoupled, single-purpose event processing components that asynchronously receive and process events.

To build #Webapps we decided to use Angular 2 with RxJS