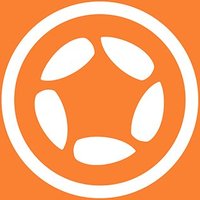 What is Corona SDK?

It is a cross-platform framework ideal for rapidly creating apps and games for mobile devices and desktop systems. It builds rich mobile apps for iOS, Android, Kindle and Nook. Build high quality mobile apps in a fraction of the time.

Why do developers choose Android Studio?

Why do developers choose Corona SDK?

What are the cons of using Android Studio?

What are the cons of using Corona SDK?

What companies use Corona SDK?

What tools integrate with Corona SDK?

What are some alternatives to Android Studio and Corona SDK?
IntelliJ IDEA
Out of the box, IntelliJ IDEA provides a comprehensive feature set including tools and integrations with the most important modern technologies and frameworks for enterprise and web development with Java, Scala, Groovy and other languages.
Visual Studio
Visual Studio is a suite of component-based software development tools and other technologies for building powerful, high-performance applications.
Eclipse
Standard Eclipse package suited for Java and plug-in development plus adding new plugins; already includes Git, Marketplace Client, source code and developer documentation. Click here to file a bug against Eclipse Platform.
Xamarin
Xamarin’s Mono-based products enable .NET developers to use their existing code, libraries and tools (including Visual Studio*), as well as skills in .NET and the C# programming language, to create mobile applications for the industry’s most widely-used mobile devices, including Android-based smartphones and tablets, iPhone, iPad and iPod Touch.
Xcode
The Xcode IDE is at the center of the Apple development experience. Tightly integrated with the Cocoa and Cocoa Touch frameworks, Xcode is an incredibly productive environment for building amazing apps for Mac, iPhone, and iPad.
See all alternatives
Decisions about Android Studio and Corona SDK

As a Engineering Manager & Director at SmartZip, I had a mix of front-end, back-end, #mobile engineers reporting to me.

Sprints after sprints, I noticed some inefficiencies on the MobileDev side. People working multiple sprints in a row on their Xcode / Objective-C codebase while some others were working on Android Studio. After which, QA & Product ensured both applications were in sync, on a UI/UX standpoint, creating addional work, which also happened to be extremely costly.

Our resources being so limited, my role was to stop this bleeding and keep my team productive and their time, valuable.

After some analysis, discussions, proof of concepts... etc. We decided to move to a single codebase using React Native so our velocity would increase.

After some initial investment, our initial assumptions were confirmed and we indeed started to ship features a lot faster than ever before. Also, our engineers found a way to perform this upgrade incrementally, so the initial platform-specific codebase wouldn't have to entirely be rewritten at once but only gradually and at will.

Feedback around React Native was very positive. And I doubt - for the kind of application we had - no one would want to go back to two or more code bases. Our application was still as Native as it gets. And no feature or device capability was compromised.

mainly use for building and debugging android projects. used it to test builds out of both unity and ionic. used the plugin version back in the day when i was developing the android app at my startup.

Experience with Android Studio in the context of Android Development. Mostly using Genymotion as main emulator.