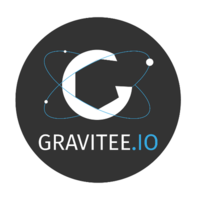 API Umbrella vs Gravitee.io: What are the differences?

API Umbrella and Gravitee.io can be categorized as "API" tools.

What is API Umbrella?

API Umbrella is a proxy that sits in front of your APIs. It can seamlessly add common functionality like api keys, rate limiting, and analytics to any API.

Why do developers choose API Umbrella?

Why do developers choose Gravitee.io?

What are the cons of using API Umbrella?

What are the cons of using Gravitee.io?

What companies use API Umbrella?

What tools integrate with API Umbrella?

What tools integrate with Gravitee.io?

What are some alternatives to API Umbrella and Gravitee.io?
Kong
Kong is a scalable, open source API Layer (also known as an API Gateway, or API Middleware). Kong controls layer 4 and 7 traffic and is extended through Plugins, which provide extra functionality and services beyond the core platform.
Postman
It is the only complete API development environment, used by nearly five million developers and more than 100,000 companies worldwide.
Amazon API Gateway
Amazon API Gateway handles all the tasks involved in accepting and processing up to hundreds of thousands of concurrent API calls, including traffic management, authorization and access control, monitoring, and API version management.
Insomnia REST Client
Insomnia is a powerful REST API Client with cookie management, environment variables, code generation, and authentication for Mac, Window, and Linux.
Paw
Paw is a full-featured and beautifully designed Mac app that makes interaction with REST services delightful. Either you are an API maker or consumer, Paw helps you build HTTP requests, inspect the server's response and even generate client code.
See all alternatives
Related Comparisons