Heads up! You are comparing apples to oranges. Here is a related, more direct comparison: AWS Elastic Beanstalk vs Beanstalk
HomeApplication and DataApplication HostingServerless / Task Processing 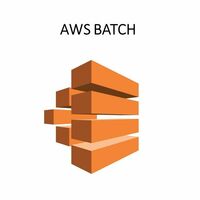 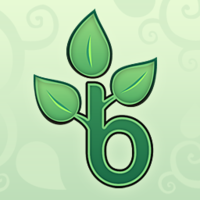 AWS Batch vs Beanstalk: What are the differences?

Developers describe AWS Batch as "Fully Managed Batch Processing at Any Scale". It enables developers, scientists, and engineers to easily and efficiently run hundreds of thousands of batch computing jobs on AWS. It dynamically provisions the optimal quantity and type of compute resources (e.g., CPU or memory optimized instances) based on the volume and specific resource requirements of the batch jobs submitted. On the other hand, Beanstalk is detailed as "Private code hosting for teams". A single process to commit code, review with the team, and deploy the final result to your customers.

AWS Batch can be classified as a tool in the "Serverless / Task Processing" category, while Beanstalk is grouped under "Code Collaboration & Version Control".

What is AWS Batch?

It enables developers, scientists, and engineers to easily and efficiently run hundreds of thousands of batch computing jobs on AWS. It dynamically provisions the optimal quantity and type of compute resources (e.g., CPU or memory optimized instances) based on the volume and specific resource requirements of the batch jobs submitted.

Why do developers choose AWS Batch?

What are the cons of using AWS Batch?

What companies use AWS Batch?

What tools integrate with AWS Batch?

What are some alternatives to AWS Batch and Beanstalk?
AWS Lambda
AWS Lambda is a compute service that runs your code in response to events and automatically manages the underlying compute resources for you. You can use AWS Lambda to extend other AWS services with custom logic, or create your own back-end services that operate at AWS scale, performance, and security.
Airflow
Use Airflow to author workflows as directed acyclic graphs (DAGs) of tasks. The Airflow scheduler executes your tasks on an array of workers while following the specified dependencies. Rich command lines utilities makes performing complex surgeries on DAGs a snap. The rich user interface makes it easy to visualize pipelines running in production, monitor progress and troubleshoot issues when needed.
Kubernetes
Kubernetes is an open source orchestration system for Docker containers. It handles scheduling onto nodes in a compute cluster and actively manages workloads to ensure that their state matches the users declared intentions.
Serverless
Build applications comprised of microservices that run in response to events, auto-scale for you, and only charge you when they run. This lowers the total cost of maintaining your apps, enabling you to build more logic, faster. The Framework uses new event-driven compute services, like AWS Lambda, Google CloudFunctions, and more.
Cloud Functions for Firebase
Cloud Functions for Firebase lets you create functions that are triggered by Firebase products, such as changes to data in the Realtime Database, uploads to Cloud Storage, new user sign ups via Authentication, and conversion events in Analytics.
See all alternatives
Related Comparisons