Heads up! You are comparing apples to oranges. Here is a related, more direct comparison: Compose vs Recompose
HomeApplication and DataData StoresNoSQL Database as a Service

Azure Cosmos DB vs Compose: What are the differences?

Developers describe Azure Cosmos DB as "A fully-managed, globally distributed NoSQL database service". Azure DocumentDB is a fully managed NoSQL database service built for fast and predictable performance, high availability, elastic scaling, global distribution, and ease of development. On the other hand, Compose is detailed as "We host databases for busy devs: production-ready, cloud-hosted, open source". Compose makes it easy to spin up multiple open source databases with just one click. Deploy MongoDB for production, take Redis out for a performance test drive, or spin up RethinkDB in development before rolling it out to production.

Azure Cosmos DB can be classified as a tool in the "NoSQL Database as a Service" category, while Compose is grouped under "MongoDB Hosting".

Some of the features offered by Azure Cosmos DB are:

On the other hand, Compose provides the following key features:

"Best-of-breed NoSQL features" is the primary reason why developers consider Azure Cosmos DB over the competitors, whereas "Simple to set up" was stated as the key factor in picking Compose.

According to the StackShare community, Compose has a broader approval, being mentioned in 82 company stacks & 19 developers stacks; compared to Azure Cosmos DB, which is listed in 24 company stacks and 24 developer stacks.

Compose makes it easy to spin up multiple open source databases with just one click. Deploy MongoDB for production, take Redis out for a performance test drive, or spin up RethinkDB in development before rolling it out to production.
What companies use Azure Cosmos DB?
What companies use Compose?

What companies use Compose?

What tools integrate with Compose? 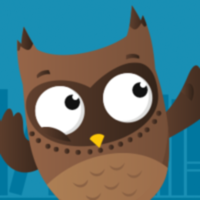 +25
11
1265
What are some alternatives to Azure Cosmos DB and Compose?
Azure SQL Database
It is the intelligent, scalable, cloud database service that provides the broadest SQL Server engine compatibility and up to a 212% return on investment. It is a database service that can quickly and efficiently scale to meet demand, is automatically highly available, and supports a variety of third party software.
MongoDB Atlas
MongoDB Atlas is a global cloud database service built and run by the team behind MongoDB. Enjoy the flexibility and scalability of a document database, with the ease and automation of a fully managed service on your preferred cloud.
MongoDB
MongoDB stores data in JSON-like documents that can vary in structure, offering a dynamic, flexible schema. MongoDB was also designed for high availability and scalability, with built-in replication and auto-sharding.
Neo4j
Neo4j stores data in nodes connected by directed, typed relationships with properties on both, also known as a Property Graph. It is a high performance graph store with all the features expected of a mature and robust database, like a friendly query language and ACID transactions.
MySQL
The MySQL software delivers a very fast, multi-threaded, multi-user, and robust SQL (Structured Query Language) database server. MySQL Server is intended for mission-critical, heavy-load production systems as well as for embedding into mass-deployed software.
See all alternatives
Interest over time
How much does Azure Cosmos DB cost?
How much does Compose cost?
News about Azure Cosmos DB
Podcast: App Monetization, .NET Standard, Azure Cosmos DB, and more!
(blog.xamarin.com)
Jul 10, 2017
Going Global with Xamarin and Azure Cosmos DB
(blog.xamarin.com)
Jun 27, 2017
More news
News about Compose
More news