The Apache Hadoop software library is a framework that allows for the distributed processing of large data sets across clusters of computers using simple programming models. It is designed to scale up from single servers to thousands of machines, each offering local computation and storage.
Hadoop is a tool in the Databases category of a tech stack.
Hadoop is an open source tool with 10.7K GitHub stars and 6.6K GitHub forks. Here’s a link to Hadoop's open source repository on GitHub

Companies
340 companies reportedly use Hadoop in their tech stacks, including Uber, Airbnb, and Pinterest.
Developers
1312 developers on StackShare have stated that they use Hadoop.

Here are some stack decisions, common use cases and reviews by companies and developers who chose Hadoop in their tech stack.

Why we built Marmaray, an open source generic data ingestion and dispersal framework and library for Apache Hadoop :

Built and designed by our Hadoop Platform team, Marmaray is a plug-in-based framework built on top of the Hadoop ecosystem. Users can add support to ingest data from any source and disperse to any sink leveraging the use of Apache Spark . The name, Marmaray, comes from a tunnel in Turkey connecting Europe and Asia. Similarly, we envisioned Marmaray within Uber as a pipeline connecting data from any source to any sink depending on customer preference:

The early data ingestion pipeline at Pinterest used Kafka as the central message transporter, with the app servers writing messages directly to Kafka, which then uploaded log files to S3.

For databases, a custom Hadoop streamer pulled database data and wrote it to S3. 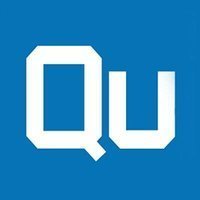 By mid-2014, around the time of the Series F, Pinterest users had already created more than 30 billion Pins, and the company was logging around 20 terabytes of new data daily, with around 10 petabytes of data in S3. To drive personalization for its users, and to empower engineers to build big data applications quickly, the data team built a self-serve Hadoop platform.

To start, they decoupled compute from storage, which meant teams would have to worry less about loading or synchronizing data, allowing existing or future clusters to make use of the data across a single shared file system.

A centralized Hive metastore act as the source of truth. They chose Hive for most of their Hadoop jobs “primarily because the SQL interface is simple and familiar to people across the industry.”

Dependency management takes place across three layers: *** Baked AMIs, which are large slow-loading dependencies pre-loaded on images; **Automated Configurations (Masterless Puppets), which allows Puppet clients to “pull their configuration from S3 and set up a service that’s responsible for keeping S3 configurations in sync with the Puppet master;” and Runtime Staging on S3, which creates a working directory at runtime for each developer that pulls down its dependencies directly from S3.

Finally, they migrated their Hadoop jobs to Qubole, which “supported AWS/S3 and was relatively easy to get started on.” 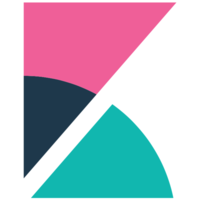 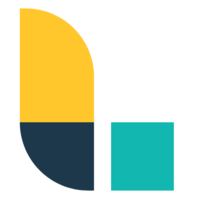 With interactions across each other and mobile devices, logging is important as it is information for internal cases like debugging and business cases like dynamic pricing.

With multiple Kafka clusters, data is archived into Hadoop before expiration. Data is ingested in realtime and indexed into an ELK stack. The ELK stack comprises of Elasticsearch, Logstash, and Kibana for searching and visualization. 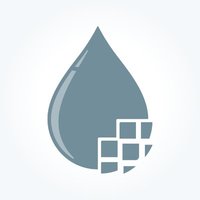 I am looking for the best tool to orchestrate #ETL workflows in non-Hadoop environments, mainly for regression testing use cases. Would Airflow or Apache NiFi be a good fit for this purpose?

For example, I want to run an Informatica ETL job and then run an SQL task as a dependency, followed by another task from Jira. What tool is best suited to set up such a pipeline?

To improve platform scalability and efficiency, Uber transitioned from JSON to Parquet, and built a central schema service to manage schemas and integrate different client libraries.

While the first generation big data platform was vulnerable to upstream data format changes, “ad hoc data ingestions jobs were replaced with a standard platform to transfer all source data in its original, nested format into the Hadoop data lake.”

These platform changes enabled the scaling challenges Uber was facing around that time: “On a daily basis, there were tens of terabytes of new data added to our data lake, and our Big Data platform grew to over 10,000 vcores with over 100,000 running batch jobs on any given day.”

What are some alternatives to Hadoop?
Cassandra
Partitioning means that Cassandra can distribute your data across multiple machines in an application-transparent matter. Cassandra will automatically repartition as machines are added and removed from the cluster. Row store means that like relational databases, Cassandra organizes data by rows and columns. The Cassandra Query Language (CQL) is a close relative of SQL.
MongoDB
MongoDB stores data in JSON-like documents that can vary in structure, offering a dynamic, flexible schema. MongoDB was also designed for high availability and scalability, with built-in replication and auto-sharding.
Elasticsearch
Elasticsearch is a distributed, RESTful search and analytics engine capable of storing data and searching it in near real time. Elasticsearch, Kibana, Beats and Logstash are the Elastic Stack (sometimes called the ELK Stack).
Splunk
It provides the leading platform for Operational Intelligence. Customers use it to search, monitor, analyze and visualize machine data.
Snowflake
Snowflake eliminates the administration and management demands of traditional data warehouses and big data platforms. Snowflake is a true data warehouse as a service running on Amazon Web Services (AWS)—no infrastructure to manage and no knobs to turn.
See all alternatives
Related Comparisons