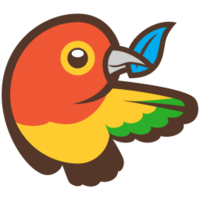 Bower vs npm: What are the differences?

Bower and npm can be categorized as "Front End Package Manager" tools.

reddit, Instacart, and Starbucks are some of the popular companies that use npm, whereas Bower is used by MIT, Bodybuilding.com, and PedidosYa. npm has a broader approval, being mentioned in 2605 company stacks & 2586 developers stacks; compared to Bower, which is listed in 803 company stacks and 393 developer stacks.

Bower is a package manager for the web. It offers a generic, unopinionated solution to the problem of front-end package management, while exposing the package dependency model via an API that can be consumed by a more opinionated build stack. There are no system wide dependencies, no dependencies are shared between different apps, and the dependency tree is flat.

npm is the command-line interface to the npm ecosystem. It is battle-tested, surprisingly flexible, and used by hundreds of thousands of JavaScript developers every day.

Why do developers choose Bower?

Why do developers choose npm?

What are the cons of using Bower?

What are the cons of using npm?

Jobs that mention Bower and npm as a desired skillset

What companies use Bower?

What companies use npm?

What tools integrate with Bower?

What tools integrate with npm?

What are some alternatives to Bower and npm?
Yarn
Yarn caches every package it downloads so it never needs to again. It also parallelizes operations to maximize resource utilization so install times are faster than ever.
Webpack
A bundler for javascript and friends. Packs many modules into a few bundled assets. Code Splitting allows to load parts for the application on demand. Through "loaders" modules can be CommonJs, AMD, ES6 modules, CSS, Images, JSON, Coffeescript, LESS, ... and your custom stuff.
gulp
Build system automating tasks: minification and copying of all JavaScript files, static images. More capable of watching files to automatically rerun the task when a file changes.
NuGet
A free and open-source package manager designed for the Microsoft development platform. It is also distributed as a Visual Studio extension.
Composer
It is a tool for dependency management in PHP. It allows you to declare the libraries your project depends on and it will manage (install/update) them for you.
See all alternatives
Decisions about Bower and npm

I have mixed feelings on the Yarn/npm/Node.js ecosystem. We use it for Zulip, because you basically have to in order to have a modern JavaScript toolchain. And I like that Yarn lets us pin dependency versions out of the box for predictability in our production releases; we have to do significant work for the Python version of this feature.

But one also deals with broken third-party dependencies uploaded to npm way too often (even ignoring the malicious packages issues that have gotten a lot of press of late). And one mostly has to use nvm in order to pin a specific version of node itself in a maintainable way, and nvm is a mess.

We use Yarn because at the time we decided to adopt it, npm had some missing features and issues. We like the speed and determinism provided by Yarn. We could probably use npm at this point, but we have no real reason to switch from Yarn. If you have a convincing argument to switch from npm to Yarn please leave a comment on this decision!

So when starting a new project you generally have your go to tools to get your site up and running locally, and some scripts to build out a production version of your site. Create React App is great for that, however for my projects I feel as though there is to much bloat in Create React App and if I use it, then I'm tied to React, which I love but if I want to switch it up to Vue or something I want that flexibility.

So to start everything up and running I clone my personal Webpack boilerplate - This is still in Webpack 3, and does need some updating but gets the job done for now. So given the name of the repo you may have guessed that yes I am using Webpack as my bundler I use Webpack because it is so powerful, and even though it has a steep learning curve once you get it, its amazing.

The next thing I do is make sure my machine has Node.js configured and the right version installed then run Yarn. I decided to use Yarn because when I was building out this project npm had some shortcomings such as no .lock file. I could probably move from Yarn to npm but I don't really see any point really.

I use Babel to transpile all of my #ES6 to #ES5 so the browser can read it, I love Babel and to be honest haven't looked up any other transpilers because Babel is amazing.

Finally when developing I have Prettier setup to make sure all my code is clean and uniform across all my JS files, and ESLint to make sure I catch any errors or code that could be optimized.

I'm really happy with this stack for my local env setup, and I'll probably stick with it for a while.

Jason Barry
Cofounder at FeaturePeek · a few seconds ago | 4 upvotes · 15.7K views
at

I think our #Frontend stack is pretty standard – but we have taken some deviations from a typical modern stack:

If you're using Node or Gulp, you can't help but use NPM in some form or another. Fortunately that's never a bad thing with the massive package repository and glowing ecosystem making it a breeze to work with.

We manages all of our packages, including Angular JS through npm. It is a very quick way of downloading / installing packages into your project.

Module is published as bpost on the npm registry. Tasks for the module are also defined as npm run tasks with commit hooks for git

Bower was used for a small amount of package management. npm was used everywhere but a few edge cases that only worked with Bower.

It's the front-end version of Composer, so is pretty essential to pull in packages that can be tracked and kept up to date.

It easily for me to have this kind of technology. She allow me to manage my front-end package

To provide any vendor modules used within the frontend build, mainly AngularJS libraries.