Heads up! You are comparing apples to oranges. Here is a related, more direct comparison: Docker vs Flatpak
HomeDevOpsBuild, Test, DeployServer Configuration and Automation 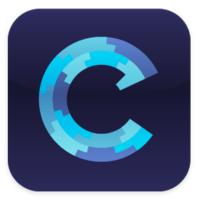 Capistrano vs Docker: What are the differences?

Developers describe Capistrano as "A remote server automation and deployment tool written in Ruby". Capistrano is a remote server automation tool. It supports the scripting and execution of arbitrary tasks, and includes a set of sane-default deployment workflows. On the other hand, Docker is detailed as "Enterprise Container Platform for High-Velocity Innovation". The Docker Platform is the industry-leading container platform for continuous, high-velocity innovation, enabling organizations to seamlessly build and share any application — from legacy to what comes next — and securely run them anywhere.

Capistrano belongs to "Server Configuration and Automation" category of the tech stack, while Docker can be primarily classified under "Virtual Machine Platforms & Containers".

Some of the features offered by Capistrano are:

On the other hand, Docker provides the following key features:

"Automated deployment with several custom recipes" is the primary reason why developers consider Capistrano over the competitors, whereas "Rapid integration and build up" was stated as the key factor in picking Docker.

Spotify, Pinterest, and Twitter are some of the popular companies that use Docker, whereas Capistrano is used by Typeform, Bukalapak, and 500px. Docker has a broader approval, being mentioned in 3527 company stacks & 3448 developers stacks; compared to Capistrano, which is listed in 293 company stacks and 81 developer stacks.

Decisions about Capistrano and Docker

Cons of Capistrano
Cons of Docker

The Docker Platform is the industry-leading container platform for continuous, high-velocity innovation, enabling organizations to seamlessly build and share any application — from legacy to what comes next — and securely run them anywhere
What companies use Capistrano?
What companies use Docker?

What are some alternatives to Capistrano and Docker?
Fabric
Fabric is a Python (2.5-2.7) library and command-line tool for streamlining the use of SSH for application deployment or systems administration tasks. It provides a basic suite of operations for executing local or remote shell commands (normally or via sudo) and uploading/downloading files, as well as auxiliary functionality such as prompting the running user for input, or aborting execution.
Shipit
Shipit is an automation engine and a deployment tool written for node / iojs. Shipit was built to be a Capistrano alternative for people who don't know ruby, or who experienced some issues with it. If you want to write tasks in JavaScript and enjoy the node ecosystem, Shipit is also for you.
Ansible
Ansible is an IT automation tool. It can configure systems, deploy software, and orchestrate more advanced IT tasks such as continuous deployments or zero downtime rolling updates. Ansible’s goals are foremost those of simplicity and maximum ease of use.
Chef
Chef enables you to manage and scale cloud infrastructure with no downtime or interruptions. Freely move applications and configurations from one cloud to another. Chef is integrated with all major cloud providers including Amazon EC2, VMWare, IBM Smartcloud, Rackspace, OpenStack, Windows Azure, HP Cloud, Google Compute Engine, Joyent Cloud and others.
Jenkins
In a nutshell Jenkins CI is the leading open-source continuous integration server. Built with Java, it provides over 300 plugins to support building and testing virtually any project.
See all alternatives
Interest over time
News about Capistrano
More news
News about Docker
Docker Tools for Modernizing Traditional Applications
(blog.docker.com)
a year ago
At A Glance: The Mid-Atlantic + Government Docker Summit
(blog.docker.com)
a year ago
A First Look at Docker Desktop Enterprise
(blog.docker.com)
a year ago
Kubernetes Lifecycle Management with Docker Kubernetes Service (DKS)
(blog.docker.com)
a year ago
3 Customer Perspectives on Using Docker Enterprise with Kubernetes
(blog.docker.com)
a year ago
More news