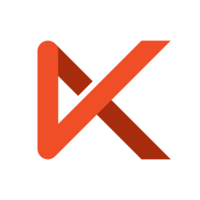 React Native vs Felgo: What are the differences?

React Native: A framework for building native apps with React. React Native enables you to build world-class application experiences on native platforms using a consistent developer experience based on JavaScript and React. The focus of React Native is on developer efficiency across all the platforms you care about - learn once, write anywhere. Facebook uses React Native in multiple production apps and will continue investing in React Native; Felgo: Allows you to create mobile apps & games for iOS, Android, Windows Phone and Desktop (Windows, Mac and Linux) within days. It is a cross-platform development tool, based on the Qt framework. It can be used to create mobile apps or games. Felgo apps and games are supported on iOS, Android, Windows Phone, embedded devices and desktop devices.

Some of the features offered by React Native are:

On the other hand, Felgo provides the following key features:

It is a cross-platform development tool, based on the Qt framework. It can be used to create mobile apps or games. Felgo apps and games are supported on iOS, Android, Windows Phone, embedded devices and desktop devices

Why do developers choose Felgo?

What are the cons of using Felgo?

What companies use Felgo?

What tools integrate with Felgo?

What are some alternatives to Felgo and React Native?
Flutter
Flutter is a mobile app SDK to help developers and designers build modern mobile apps for iOS and Android.
Qt
Qt, a leading cross-platform application and UI framework. With Qt, you can develop applications once and deploy to leading desktop, embedded & mobile targets.
Ionic
Free and open source, Ionic offers a library of mobile and desktop-optimized HTML, CSS and JS components for building highly interactive apps. Use with Angular, React, Vue, or plain JavaScript.
Xamarin
Xamarin’s Mono-based products enable .NET developers to use their existing code, libraries and tools (including Visual Studio*), as well as skills in .NET and the C# programming language, to create mobile applications for the industry’s most widely-used mobile devices, including Android-based smartphones and tablets, iPhone, iPad and iPod Touch.
Apache Cordova
Apache Cordova is a set of device APIs that allow a mobile app developer to access native device function such as the camera or accelerometer from JavaScript. Combined with a UI framework such as jQuery Mobile or Dojo Mobile or Sencha Touch, this allows a smartphone app to be developed with just HTML, CSS, and JavaScript.
See all alternatives
Decisions about Felgo and React Native

How developers use Felgo and React Native