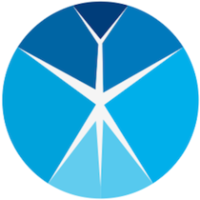 GoCD vs Strider: What are the differences?

GoCD and Strider can be categorized as "Continuous Integration" tools.

Some of the features offered by GoCD are:

On the other hand, Strider provides the following key features:

"Open source" is the top reason why over 29 developers like GoCD, while over 5 developers mention "Free Open Source" as the leading cause for choosing Strider.

According to the StackShare community, GoCD has a broader approval, being mentioned in 40 company stacks & 78 developers stacks; compared to Strider, which is listed in 3 company stacks and 13 developer stacks.

Strider is an Open Source Continuous Deployment / Continuous Integration platform. It is written in Node.JS / JavaScript and uses MongoDB as a backing store. It is published under the BSD license.

Why do developers choose Strider?

What are the cons of using Strider?

What companies use Strider?

What tools integrate with Strider?

No integrations found
What are some alternatives to GoCD and Strider?
Jenkins
In a nutshell Jenkins CI is the leading open-source continuous integration server. Built with Java, it provides over 300 plugins to support building and testing virtually any project.
GitLab CI
GitLab offers a continuous integration service. If you add a .gitlab-ci.yml file to the root directory of your repository, and configure your GitLab project to use a Runner, then each merge request or push triggers your CI pipeline.
Bamboo
Focus on coding and count on Bamboo as your CI and build server! Create multi-stage build plans, set up triggers to start builds upon commits, and assign agents to your critical builds and deployments.
TeamCity
TeamCity is a user-friendly continuous integration (CI) server for professional developers, build engineers, and DevOps. It is trivial to setup and absolutely free for small teams and open source projects.
Concourse
Concourse's principles reduce the risk of switching to and from Concourse, by encouraging practices that decouple your project from your CI's little details, and keeping all configuration in declarative files that can be checked into version control.
See all alternatives
Decisions about GoCD and Strider
No stack decisions found
Related Comparisons

GoCD
Popular tool comparisons with GoCDPopular tool comparisons with Strider
Interest over time
Reviews of GoCD and Strider
No reviews found
How developers use GoCD and Strider
No items found
How much does GoCD cost?
How much does Strider cost?
Pricing unavailable
Pricing unavailable
News about GoCD
More news
News about Strider
More news
Explore the technology behind