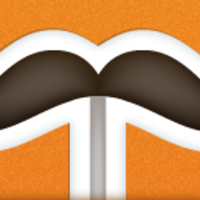 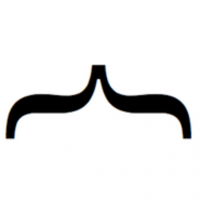 Handlebars.js vs Mustache: What are the differences?

Handlebars.js: Minimal Templating on Steroids. Handlebars.js is an extension to the Mustache templating language created by Chris Wanstrath. Handlebars.js and Mustache are both logicless templating languages that keep the view and the code separated like we all know they should be; Mustache: Logic-less templates. Mustache is a logic-less template syntax. It can be used for HTML, config files, source code - anything. It works by expanding tags in a template using values provided in a hash or object. We call it "logic-less" because there are no if statements, else clauses, or for loops. Instead there are only tags. Some tags are replaced with a value, some nothing, and others a series of values.

Handlebars.js and Mustache belong to "Templating Languages & Extensions" category of the tech stack.

"Simple" is the top reason why over 102 developers like Handlebars.js, while over 29 developers mention "Dead simple templating" as the leading cause for choosing Mustache.

According to the StackShare community, Handlebars.js has a broader approval, being mentioned in 642 company stacks & 173 developers stacks; compared to Mustache, which is listed in 231 company stacks and 18 developer stacks.

Mustache is a logic-less template syntax. It can be used for HTML, config files, source code - anything. It works by expanding tags in a template using values provided in a hash or object. We call it "logic-less" because there are no if statements, else clauses, or for loops. Instead there are only tags. Some tags are replaced with a value, some nothing, and others a series of values.

Why do developers choose Handlebars.js?

Why do developers choose Mustache?

What are the cons of using Handlebars.js?

What are the cons of using Mustache?

Be the first to leave a con
Jobs that mention Handlebars.js and Mustache as a desired skillset

What companies use Handlebars.js?

What companies use Mustache?

What tools integrate with Handlebars.js?

What tools integrate with Mustache?

What are some alternatives to Handlebars.js and Mustache?
AngularJS
AngularJS lets you write client-side web applications as if you had a smarter browser. It lets you use good old HTML (or HAML, Jade and friends!) as your template language and lets you extend HTML’s syntax to express your application’s components clearly and succinctly. It automatically synchronizes data from your UI (view) with your JavaScript objects (model) through 2-way data binding.
React
Lots of people use React as the V in MVC. Since React makes no assumptions about the rest of your technology stack, it's easy to try it out on a small feature in an existing project.
Underscore
A JavaScript library that provides a whole mess of useful functional programming helpers without extending any built-in objects.
doT.js
It is a fastest and concise javascript template engine for Node.js and browsers. It was created in search of the fastest and concise JavaScript templating function with emphasis on performance under V8 and Node.js. It shows great performance for both Node.js and browsers.
TypeScript
TypeScript is a language for application-scale JavaScript development. It's a typed superset of JavaScript that compiles to plain JavaScript.
See all alternatives
Decisions about Handlebars.js and Mustache
No stack decisions found
Related Comparisons

Its easy to link handlebars with SailsJS.

I have created a generator for it. Read through the README. Steps:-

Install the npm package. Generate the templates using suggested command in README. Update the config/views.js file as suggested. Thats it, It works.

How developers use Handlebars.js and Mustache

We use Mustache, a logic-less templating language, to represent our models as HTML. While ‘harnessing the full power of [INSERT YOUR FAVORITE LANGUAGE HERE] in your templates’ sounds like a good idea, it seems that in practice it requires a lot of developer discipline to maintain comprehensible code. We’ve been very happy with the ‘less is more’ approach of Mustache, which allows us to re-use template code without encouraging us to mingle it with our client logic and make a mess of things.

Handlebars for me has taken a back seat since my full embrace of React, but previous to React it (along with its predecessor mustache) I used it heavily, both server and client side, in multiple languages.

It is lightweight, and currently suits my templating needs.

I use it, in lieu of things like React SSR etc.

The Handlebars templating engine is used by the Promethean TV Broadcast Center Tool to deliver dynamically generated html content from our web servers.

Also used by ghost. Extensive editing of templates to keep my theme running and change what the theme does when I run into limitations.

Our template engine! We combined hb with a powerful cache system we built on top of it.

Used Handlebars to decouple the html from javascript, hence makes it more manageable.

We use Mustache to allow us to create easy and reusable templates on our sites.