Harbor vs Kraken by Uber 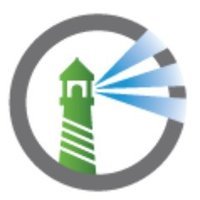 Harbor vs Kraken by Uber: What are the differences?

Developers describe Harbor as "Manage and serve container images in a secure environment (created at VMware)". Harbor is an open source cloud native registry that stores, signs, and scans container images for vulnerabilities Harbor solves common challenges by delivering trust, compliance, performance, and interoperability. It fills a gap for organ. On the other hand, Kraken by Uber is detailed as "P2P Docker registry capable of distributing TBs of data in seconds". A P2P-powered Docker registry that focuses on scalability and availability. It is designed for Docker image management, replication and distribution in a hybrid cloud environment.

Harbor and Kraken by Uber belong to "Docker Registry" category of the tech stack.

Some of the features offered by Harbor are:

On the other hand, Kraken by Uber provides the following key features:

What is Kraken by Uber?

A P2P-powered Docker registry that focuses on scalability and availability. It is designed for Docker image management, replication and distribution in a hybrid cloud environment.

Why do developers choose Harbor?

Why do developers choose Kraken by Uber?

What are the cons of using Harbor?

What are the cons of using Kraken by Uber?

What companies use Harbor?

What companies use Kraken by Uber?

What tools integrate with Harbor?

What tools integrate with Kraken by Uber?

What are some alternatives to Harbor and Kraken by Uber?
Grizzly
Writing scalable server applications in the Java™ programming language has always been difficult. Before its advent, thread management issues made it impossible for a server to scale to thousands of users. This framework has been designed to help developers to take advantage of the Java™ NIO API.
Kubernetes
Kubernetes is an open source orchestration system for Docker containers. It handles scheduling onto nodes in a compute cluster and actively manages workloads to ensure that their state matches the users declared intentions.
Docker Compose
With Compose, you define a multi-container application in a single file, then spin your application up in a single command which does everything that needs to be done to get it running.
Rancher
Rancher is an open source container management platform that includes full distributions of Kubernetes, Apache Mesos and Docker Swarm, and makes it simple to operate container clusters on any cloud or infrastructure platform.
Docker Swarm
Swarm serves the standard Docker API, so any tool which already communicates with a Docker daemon can use Swarm to transparently scale to multiple hosts: Dokku, Compose, Krane, Deis, DockerUI, Shipyard, Drone, Jenkins... and, of course, the Docker client itself.
See all alternatives
Decisions about Harbor and Kraken by Uber
No stack decisions found
Related Comparisons