Kraken by Uber vs Quay.io 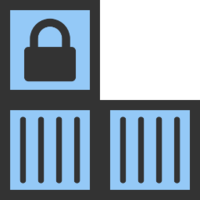 Kraken by Uber vs Quay.io: What are the differences?

Developers describe Kraken by Uber as "P2P Docker registry capable of distributing TBs of data in seconds". A P2P-powered Docker registry that focuses on scalability and availability. It is designed for Docker image management, replication and distribution in a hybrid cloud environment. On the other hand, Quay.io is detailed as "Secure hosting for private Docker repositories". Simply upload your Dockerfile (and any additional files it needs) and we'll build your Dockerfile into an image and push it to your repository.

Kraken by Uber and Quay.io can be primarily classified as "Docker Registry" tools.

Some of the features offered by Kraken by Uber are:

On the other hand, Quay.io provides the following key features:

What is Kraken by Uber?

A P2P-powered Docker registry that focuses on scalability and availability. It is designed for Docker image management, replication and distribution in a hybrid cloud environment.

Why do developers choose Kraken by Uber?

Why do developers choose Quay.io?

What are the cons of using Kraken by Uber?

What are the cons of using Quay.io?

What companies use Kraken by Uber?

What companies use Quay.io?

What tools integrate with Kraken by Uber?

What tools integrate with Quay.io?

What are some alternatives to Kraken by Uber and Quay.io?
Amazon ECR
Amazon Elastic Container Registry (ECR) makes it easy for developers to store, manage, and deploy Docker container images. It is integrated with Amazon Elastic Container Service (ECS), simplifying your development to production workflow.
Harbor
Harbor is an open source cloud native registry that stores, signs, and scans container images for vulnerabilities. Harbor solves common challenges by delivering trust, compliance, performance, and interoperability. It fills a gap for organ
Gandalf
We provide a secure private registry where users can host their docker images and share them privately and securely within teams.
See all alternatives
Decisions about Kraken by Uber and Quay.io
No stack decisions found
Related Comparisons

Kraken by Uber
VS

Kraken by Uber
VS