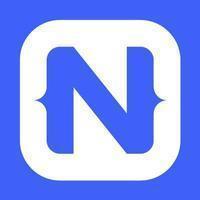 Ionic vs NativeScript: What are the differences?

Ionic: A beautiful front-end framework for developing cross-platform apps with web technologies like Angular and React. Free and open source, Ionic offers a library of mobile and desktop-optimized HTML, CSS and JS components for building highly interactive apps. Use with Angular, React, Vue, or plain JavaScript; NativeScript: Build truly native apps with JavaScript. NativeScript enables developers to build native apps for iOS, Android and Windows Universal while sharing the application code across the platforms. When building the application UI, developers use our libraries, which abstract the differences between the native platforms.

Ionic and NativeScript can be categorized as "Cross-Platform Mobile Development" tools.

Some of the features offered by Ionic are:

On the other hand, NativeScript provides the following key features:

"Allows for rapid prototyping" is the top reason why over 234 developers like Ionic, while over 55 developers mention "Access to the entire native api" as the leading cause for choosing NativeScript.

Sellsuki, Edify, and eTobb are some of the popular companies that use Ionic, whereas NativeScript is used by Work Box, Zege Technologies, and GeekyAnts. Ionic has a broader approval, being mentioned in 392 company stacks & 350 developers stacks; compared to NativeScript, which is listed in 10 company stacks and 23 developer stacks.

Why do developers choose NativeScript?

What are the cons of using NativeScript? 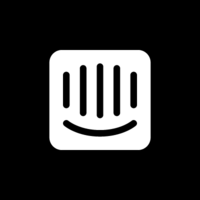 What are some alternatives to Ionic and NativeScript?
PhoneGap
PhoneGap is a web platform that exposes native mobile device apis and data to JavaScript. PhoneGap is a distribution of Apache Cordova. PhoneGap allows you to use standard web technologies such as HTML5, CSS3, and JavaScript for cross-platform development, avoiding each mobile platforms' native development language. Applications execute within wrappers targeted to each platform, and rely on standards-compliant API bindings to access each device's sensors, data, and network status.
Xamarin
Xamarin’s Mono-based products enable .NET developers to use their existing code, libraries and tools (including Visual Studio*), as well as skills in .NET and the C# programming language, to create mobile applications for the industry’s most widely-used mobile devices, including Android-based smartphones and tablets, iPhone, iPad and iPod Touch.
React Native
React Native enables you to build world-class application experiences on native platforms using a consistent developer experience based on JavaScript and React. The focus of React Native is on developer efficiency across all the platforms you care about - learn once, write anywhere. Facebook uses React Native in multiple production apps and will continue investing in React Native.
Flutter
Flutter is a mobile app SDK to help developers and designers build modern mobile apps for iOS and Android.
Apache Cordova
Apache Cordova is a set of device APIs that allow a mobile app developer to access native device function such as the camera or accelerometer from JavaScript. Combined with a UI framework such as jQuery Mobile or Dojo Mobile or Sencha Touch, this allows a smartphone app to be developed with just HTML, CSS, and JavaScript.
See all alternatives
Decisions about Ionic and NativeScript

So, i am preparing to adopt NativeScript.

It was good for a few years, we had those september issues, (i.e. apple broke some backward compatibility) , but for the last years, things seems to be losing the grip faster.

Last breaking changes, for instance, seems to have a workaround, however that growing feeling that simple things can not rely on so fragile webviews keeps growing faster and faster.

I've tested nativescript not only on it's "helloworld", but also on how do they respond on issues.

I got tweed support. I opened an github issue and got answers on less than 10 hours (yes i did it on another timezone and very close to a weekend). I saw the faulty docs get corrected in two days.

The bad news is i only can adopt nativescript on newer projects, since there is no budget to revamp the current solutions.

The good news is i can keep coding on Vue.js , without vou router, but that's ok. I've already exchanged vanilla html for real native app with background magic enabled, the router can be easily reproduced.

It is using the native components to build the UI and offers the best skills reuse story. All you need to know is JS/TS and CSS. Angular 2 is also supported which leads to even more code reuse across web and mobile.This is also the best way to access the native platform APIs directly.

NativeScript allows you to reuse your JS skills to build Native mobile apps without any sacrifices. It takes a bit to learn about all possible features, but each time you discover a new one you can't help but get more and more excited.

How developers use Ionic and NativeScript