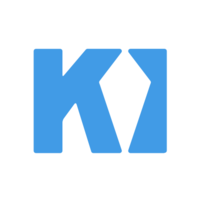 Kitematic vs Rancher: What are the differences?

What is Kitematic? The easiest way to start using Docker on your Mac. Simple Docker App management for Mac OS X.

What is Rancher? Open Source Platform for Running a Private Container Service. Rancher is an open source container management platform that includes full distributions of Kubernetes, Apache Mesos and Docker Swarm, and makes it simple to operate container clusters on any cloud or infrastructure platform.

Kitematic and Rancher belong to "Container Tools" category of the tech stack.

Some of the features offered by Kitematic are:

On the other hand, Rancher provides the following key features:

"I like it because it sucks" is the top reason why over 4 developers like Kitematic, while over 89 developers mention "Easy to use" as the leading cause for choosing Rancher.

According to the StackShare community, Rancher has a broader approval, being mentioned in 89 company stacks & 35 developers stacks; compared to Kitematic, which is listed in 5 company stacks and 8 developer stacks.

Why do developers choose Kitematic?

Why do developers choose Rancher?

What are the cons of using Kitematic?

What are the cons of using Rancher?

Jobs that mention Kitematic and Rancher as a desired skillset

What are some alternatives to Kitematic and Rancher?
Kubernetes
Kubernetes is an open source orchestration system for Docker containers. It handles scheduling onto nodes in a compute cluster and actively manages workloads to ensure that their state matches the users declared intentions.
Portainer
Portainer is an open-source lightweight management UI which allows you to easily manage your Docker environments. Portainer is available on Windows, Linux and Mac. It has never been so easy to manage Docker !
Docker Compose
With Compose, you define a multi-container application in a single file, then spin your application up in a single command which does everything that needs to be done to get it running.
Docker Swarm
Swarm serves the standard Docker API, so any tool which already communicates with a Docker daemon can use Swarm to transparently scale to multiple hosts: Dokku, Compose, Krane, Deis, DockerUI, Shipyard, Drone, Jenkins... and, of course, the Docker client itself.
Docker Machine
Machine lets you create Docker hosts on your computer, on cloud providers, and inside your own data center. It creates servers, installs Docker on them, then configures the Docker client to talk to them.
See all alternatives
Decisions about Kitematic and Rancher
No stack decisions found
Related Comparisons

Rancher
How developers use Kitematic and Rancher

The whole infrastructure is managed through Rancher. It provides a simple interface to all the underlying tools - Docker, HAProxy (automatically configures load balancer from the containers).

Currently looking to move to Swarm or Kubernetes due to a few issues I have with Rancher.

We use Rancher for container orchestration and automated deployment pipelines.

Pull from CI/CD for live demo