Linux vs Windows 10: What are the differences?

Linux: A family of free and open source software operating systems based on the Linux kernel. A clone of the operating system Unix, written from scratch by Linus Torvalds with assistance from a loosely-knit team of hackers across the Net. It aims towards POSIX and Single UNIX Specification compliance; Windows 10: The most secure Windows ever built. It is the latest iteration of the Microsoft operating systems and has been optimized for home PC performance in a wide variety of applications from serious work to after-hours gaming.

Linux and Windows 10 belong to "Operating Systems" category of the tech stack.

Some of the features offered by Linux are:

On the other hand, Windows 10 provides the following key features:

According to the StackShare community, Linux has a broader approval, being mentioned in 25 company stacks & 126 developers stacks; compared to Windows 10, which is listed in 8 company stacks and 11 developer stacks.

Decisions about Linux and Windows 10
Govind Sudumbrekar
Aug 5, 2020 | 5 upvotes · 39.6K views
Chose
to add
Ubuntu
and to remove
Windows 10
in
My Stack

Ubuntu is much more faster over Windows and helps to get software and other utilities easier and within a short span of time compared to Windows.

I liked manjaro a lot, the huge support it has and the variety of tools it provides is just awesome. But due to its parent platform being Arch Linux it has bleeding-edge technology and that meaning, we get updated 'daily', and if we keep updating the system daily, due to the bugs in the recent updates the system sometimes used to crash, this made the OS really unstable. However, one can avoid such crashes using periodical and careful system/package updates. I now use LinuxMint which is based on Ubuntu, and this OS is completely stable with reliable(mostly tested) updates. And, since this OS is backed up by UBUNTU the concerns/questions one can encounter while using the OS can be easily rectified using the UBUNTU community, which is pretty good. Though this is backed up on UBUNTU it most certainly does NOT include the proprietary stuff of UBUNTU, which is on the bright side of the OS. That's it! Happy Computing.

This collector uses eBPF to monitor system calls inside your operating system’s kernel. For now, the main goal of this plugin is to monitor IO and process management on the host where it is running.

If you have a file (demo.txt) that has 3 columns:

and you want to only view the first column of the file in your CLI, run the following:

If you want to print the second column of demo.txt, just replace $1 with $2

A clone of the operating system Unix, written from scratch by Linus Torvalds with assistance from a loosely-knit team of hackers across the Net. It aims towards POSIX and Single UNIX Specification compliance.

It is the latest iteration of the Microsoft operating systems and has been optimized for home PC performance in a wide variety of applications from serious work to after-hours gaming.
What companies use Linux?
What companies use Windows 10?

What companies use Linux?

What companies use Windows 10?

What tools integrate with Linux?

What tools integrate with Windows 10? 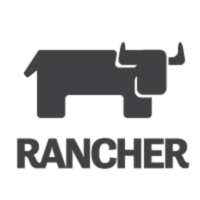 +12
3
961
What are some alternatives to Linux and Windows 10?
Ubuntu
Ubuntu is an ancient African word meaning ‘humanity to others’. It also means ‘I am what I am because of who we all are’. The Ubuntu operating system brings the spirit of Ubuntu to the world of computers.
Arch Linux
A lightweight and flexible Linux distribution that tries to Keep It Simple.
Android SDK
Android provides a rich application framework that allows you to build innovative apps and games for mobile devices in a Java language environment.
Windows
A series of personal computer operating systems produced by Microsoft as part of its Windows NT family of operating systems.
Amazon Linux
The Amazon Linux AMI is a supported and maintained Linux image provided by Amazon Web Services for use on Amazon Elastic Compute Cloud (Amazon EC2).
See all alternatives
Interest over time
How much does Linux cost?
How much does Windows 10 cost?
Pricing unavailable