Heads up! You are comparing apples to oranges. Here is a related, more direct comparison: Sublime Text vs Notepad++
HomeDevOpsBuild, Test, DeployLive Reloading 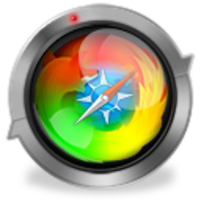 LiveReload vs Notepad++: What are the differences?

LiveReload: CSS edits and image changes apply live. CoffeeScript, SASS, LESS and others just work. LiveReload monitors changes in the file system. As soon as you save a file, it is preprocessed as needed, and the browser is refreshed; Notepad++: Free source code editor and Notepad replacement. Notepad++ is a free (as in "free speech" and also as in "free beer") source code editor and Notepad replacement that supports several languages. Running in the MS Windows environment, its use is governed by GPL License.

"Lightweight, Gulp support" is the top reason why over 2 developers like LiveReload, while over 94 developers mention "Syntax for all languages that i use" as the leading cause for choosing Notepad++.

LiveReload is an open source tool with 1.43K GitHub stars and 180 GitHub forks. Here's a link to LiveReload's open source repository on GitHub.

Implisit, Adsia, and Dashlane are some of the popular companies that use Notepad++, whereas LiveReload is used by Startae, Listium, and Contratobook. Notepad++ has a broader approval, being mentioned in 187 company stacks & 499 developers stacks; compared to LiveReload, which is listed in 5 company stacks and 8 developer stacks.

LiveReload monitors changes in the file system. As soon as you save a file, it is preprocessed as needed, and the browser is refreshed.

Notepad++ is a free (as in "free speech" and also as in "free beer") source code editor and Notepad replacement that supports several languages. Running in the MS Windows environment, its use is governed by GPL License.

Why do developers choose LiveReload?

Why do developers choose Notepad++?

What are the cons of using LiveReload?

What are the cons of using Notepad++?

What companies use Notepad++?

What tools integrate with LiveReload?

What tools integrate with Notepad++?

What are some alternatives to LiveReload and Notepad++?
BrowserSync
BrowserSync makes your tweaking and testing faster by synchronising file changes and interactions across multiple devices. It’s wicked-fast and totally free.
nodemon
It is an open source utility that will monitor for any changes in your source and automatically restart your server. It has a default support for node & coffeescript, but easy to run any executable (such as python, make, etc).
CodeKit
Process Less, Sass, Stylus, Jade, Haml, Slim, CoffeeScript, Javascript, and Compass files automatically each time you save. Easily set options for each language.
Prepros
It is an interface tool which handles pre-processing, and other front-end tasks. Its greatest strength is the incredible ease with which it allows you to use pre-processors of various kinds, be they for CSS, HTML or JavaScript.
See all alternatives
Decisions about LiveReload and Notepad++

When some regex or hardly scriptable but pattern-type problem occurs, I always go to notepad++. Also nice for file inspection (like image-meta).

First thing I install on a new windows box.

Used as a basic text and code editor.