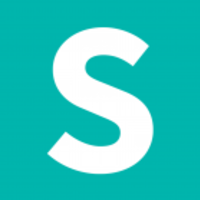 Material-UI vs Semantic UI: What are the differences?

What is Semantic UI? A UI Component library implemented using a set of specifications designed around natural language. Semantic empowers designers and developers by creating a shared vocabulary for UI.

Material-UI and Semantic UI belong to "Front-End Frameworks" category of the tech stack.

"React" is the primary reason why developers consider Material-UI over the competitors, whereas "Easy to use and looks elegant" was stated as the key factor in picking Semantic UI.

According to the StackShare community, Material-UI has a broader approval, being mentioned in 67 company stacks & 77 developers stacks; compared to Semantic UI, which is listed in 77 company stacks and 50 developer stacks.

Decisions about Material-UI and Semantic UI

It is a comprehensive guide for visual, motion, and interaction design across platforms and devices.

What are some alternatives to Material-UI and Semantic UI?
Flat UI
Flat UI is a beautiful theme for Bootstrap. We have redesigned many of its components to look flat in every pixel.
Kendo UI
Fast, light, complete: 70+ jQuery-based UI widgets in one powerful toolset. AngularJS integration, Bootstrap support, mobile controls, offline data solution.
Ant Design
An enterprise-class UI design language and React-based implementation. Graceful UI components out of the box, base on React Component. A npm + webpack + babel + dora + dva development framework.
react-md
React MD is Google's Material Design specifications implemented with Sass and React. The goal of the project is to create components that adhere to the Material Design specifications.
Angular Material
Sprint from Zero to App. Hit the ground running with comprehensive, modern UI components that work across the web, mobile and desktop. It allows to create material styled angular apps fast and easy.
See all alternatives
Interest over time