NativeScript vs Vue Native: What are the differences?

Developers describe NativeScript as "Build truly native apps with JavaScript". NativeScript enables developers to build native apps for iOS, Android and Windows Universal while sharing the application code across the platforms. When building the application UI, developers use our libraries, which abstract the differences between the native platforms. On the other hand, Vue Native is detailed as "Build cross platform native mobile apps using Vue.js". Vue Native is a mobile framework to build truly native mobile app using Vue.js. Its is designed to connect React Native and Vue.js Vue Native is a wrapper around React Native APIs, which allows you to use Vue.js and compose rich mobile User Interface..

On the other hand, Vue Native provides the following key features:

"Access to the entire native api" is the primary reason why developers consider NativeScript over the competitors, whereas "Syntactic sugar" was stated as the key factor in picking Vue Native.

Heya, I'm very new on here! And I hope I can get advice on this matter :

We are working on a new app. The web version is on Sails.js (V1)/node.js/vue.js. Started with the Web App default settings (including login and payments, which we are using use). We started with a web version to give access to the customer to start creating the data while building the mobile version. (iOS and Android)

I heard of Apache Cordova, that using the same JavaScript/css could be used to not re-code the front-end of the app for iPhones and Androids. I've been told that it is end-of-life now (? - I couldn't find this info myself).

I saw that Vue Native might be an alternative and would only need a few adjustments from our web version as we are using Vue.js for the frontend.

I know next to nothing on this, so I would really appreciate it if you guys could point me to possible solutions you've used and why instead of searching through all the existing solutions. (I'm very open to know if there are alternatives to those two too !!)

We will need to be using the GPS functions of the mobiles, which is a big part of the app. 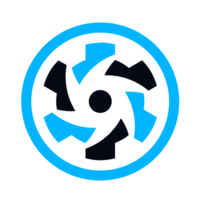 I'm a huge fan of Vue.js and I'm pretty comfortable with it. I need to build a mobile app for my company and I was now wondering whether I could make use of VueJS with Vue Native instead of switching to React. I know Vue Native builds on top of RN. My question is whether I'd have as much freedom with Vue Native over RN and whether you feel like Vue Native is "production ready" or not. Not sure of which shortcomings I may find using Vue Native... Thanks a lot!!!

Vue Native is definitely production-ready in my experience. I've used both, have apps built with both in production right now, and both are fine technologies. As far as I can recall, there's nothing in RN that you can't do in VN. Given that, I would say go with "the devil you know".

That said, the one downside of VN over RN is that there are a lot more people using RN last I checked, so there are likely more resources readily available.

See which teams inside your own company are using NativeScript or Vue Native.
Sign up for Private StackShareLearn More

What are some alternatives to NativeScript and Vue Native?
React Native
React Native enables you to build world-class application experiences on native platforms using a consistent developer experience based on JavaScript and React. The focus of React Native is on developer efficiency across all the platforms you care about - learn once, write anywhere. Facebook uses React Native in multiple production apps and will continue investing in React Native.
Ionic
Free and open source, Ionic offers a library of mobile and desktop-optimized HTML, CSS and JS components for building highly interactive apps. Use with Angular, React, Vue, or plain JavaScript.
Xamarin
Xamarin’s Mono-based products enable .NET developers to use their existing code, libraries and tools (including Visual Studio*), as well as skills in .NET and the C# programming language, to create mobile applications for the industry’s most widely-used mobile devices, including Android-based smartphones and tablets, iPhone, iPad and iPod Touch.
React
Lots of people use React as the V in MVC. Since React makes no assumptions about the rest of your technology stack, it's easy to try it out on a small feature in an existing project.
Flutter
Flutter is a mobile app SDK to help developers and designers build modern mobile apps for iOS and Android.
See all alternatives
See all the technologies you’re using across your company.
Sign up for Private StackShareLearn More