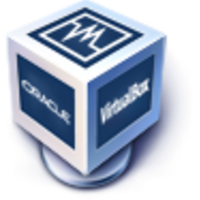 VirtualBox vs VMware vSphere: What are the differences?

What is VirtualBox? Run nearly any operating system on a single machine and to freely switch between OS instances running simultaneously. VirtualBox is a powerful x86 and AMD64/Intel64 virtualization product for enterprise as well as home use. Not only is VirtualBox an extremely feature rich, high performance product for enterprise customers, it is also the only professional solution that is freely available as Open Source Software under the terms of the GNU General Public License (GPL) version 2.

What is VMware vSphere? Free bare-metal hypervisor that virtualizes servers so you can consolidate your applications on less hardware. vSphere is the world’s leading server virtualization platform. Run fewer servers and reduce capital and operating costs using VMware vSphere to build a cloud computing infrastructure.

VirtualBox and VMware vSphere belong to "Virtualization Platform" category of the tech stack.

Some of the features offered by VirtualBox are:

On the other hand, VMware vSphere provides the following key features:

"Free" is the top reason why over 357 developers like VirtualBox, while over 6 developers mention "Strong host isolation" as the leading cause for choosing VMware vSphere.

According to the StackShare community, VirtualBox has a broader approval, being mentioned in 724 company stacks & 975 developers stacks; compared to VMware vSphere, which is listed in 56 company stacks and 24 developer stacks.

VirtualBox is a powerful x86 and AMD64/Intel64 virtualization product for enterprise as well as home use. Not only is VirtualBox an extremely feature rich, high performance product for enterprise customers, it is also the only professional solution that is freely available as Open Source Software under the terms of the GNU General Public License (GPL) version 2.

Why do developers choose VirtualBox?

What are the cons of using VirtualBox?

What companies use VirtualBox?

What tools integrate with VirtualBox?

What are some alternatives to VirtualBox and VMware vSphere?
Docker
The Docker Platform is the industry-leading container platform for continuous, high-velocity innovation, enabling organizations to seamlessly build and share any application — from legacy to what comes next — and securely run them anywhere
KVM
KVM (for Kernel-based Virtual Machine) is a full virtualization solution for Linux on x86 hardware containing virtualization extensions (Intel VT or AMD-V).
Vagrant
Vagrant provides the framework and configuration format to create and manage complete portable development environments. These development environments can live on your computer or in the cloud, and are portable between Windows, Mac OS X, and Linux.
Hyper
Hyper.sh is a secure container hosting service. What makes it different from AWS (Amazon Web Services) is that you don't start servers, but start docker images directly from Docker Hub or other registries.
VMware Fusion
It gives Mac users the power to run Windows on Mac along with hundreds of other operating systems side by side with Mac applications, without rebooting. It is simple enough for home users and powerful enough for IT professionals, developers and businesses.
See all alternatives
Decisions about VirtualBox and VMware vSphere
No stack decisions found
Related Comparisons

Example of USB connection Share Between Host and VM

How developers use VirtualBox and VMware vSphere

Network and security programs. install and run multiple operating systems. Good to understand computer networks - internet and multiple services, such as the world wide web; and the opportunities they offer for communication (combine a variety of software and services)

We use Virtualbox in combination with Vagrant during development to ensure a consistent test/development environment. This helps to reduce the number of defects when our software goes to production.

For running a VM locally with Vagrant. It can be a little irritable, but it's open source and free, so I'm not complaining. I would probably use VMWare, but I don't want to pay for it right now.

Virtualbox is managed by Vagrant and it sets up a local development environment so that anyone can test their changes before pushing the changes upstream.

Development test boxes. I dont like virtualbox that much - but for a while it was the only free vmware alternative.