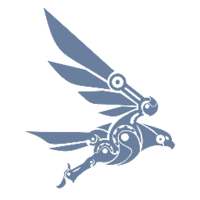 What is Finagle and what are its top alternatives?

Finagle is an extensible RPC system for the JVM, used to construct high-concurrency servers. Finagle implements uniform client and server APIs for several protocols, and is designed for high performance and concurrency.
Finagle is a tool in the Concurrency Frameworks category of a tech stack.
Finagle is an open source tool with 7.5K GitHub stars and 1.3K GitHub forks. Here’s a link to Finagle's open source repository on GitHub
Top Alternatives

By mid-2015, Uber’s rider growth coupled with its cadence of releasing new services, like Eats and Freight, was pressuring the infrastructure. To allow the decoupling of consumption from production, and to add an abstraction layer between users, developers, and infrastructure, Uber built Catalyst, a serverless internal service mesh.

Uber decided to build their own severless solution, rather that using something like AWS Lambda, speed for its global production environments as well as introspectability.