I need to build the Alert & Notification framework with the use of a scheduled program. We will analyze the events from the database table and filter events that are falling under a day timespan and send these event messages over email. Currently, we are using Kafka Pub/Sub for messaging. The customer wants us to move on Apache Flink, I am trying to understand how Apache Flink could be fit better for us.

I recommend Apache Flink because it is the pro tool for everybody who has a serious stream processing use case. Flink is used by huge companies, such as Uber, Alibaba or Netflix. AWS is offering Flink as a hosted service. The reason for these companies to decide for Flink are manyfold: Flink offers great performance, support for very large state, exactly-once processing semantics, different APIs (with SQL growing a lot lately), ... Flink supports a many different deployment models, including Kubernetes, Hadoop YARN or custom deployments.

These are my personal views, and I have a bias towards Flink, because I've worked a lot on it: 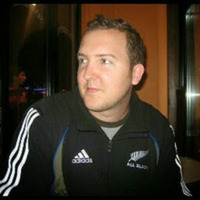 How does Flink compare with Apache Heron?

·
Reply
Get trending news delivered to your inbox
weekly
daily