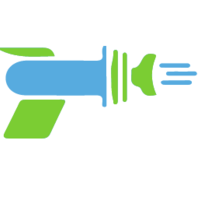 Bitbucket vs CodePush: What are the differences?

Bitbucket belongs to "Code Collaboration & Version Control" category of the tech stack, while CodePush can be primarily classified under "Cross-Platform Mobile Tools".

On the other hand, CodePush provides the following key features:

CodePush is an open source tool with 3.7K GitHub stars and 393 GitHub forks. Here's a link to CodePush's open source repository on GitHub.

According to the StackShare community, Bitbucket has a broader approval, being mentioned in 1750 company stacks & 1494 developers stacks; compared to CodePush, which is listed in 11 company stacks and 4 developer stacks.

CodePush is a cloud service that enables Cordova and React Native developers to deploy mobile app updates directly to their users’ devices. It works by acting as a central repository that developers can publish certain updates to (e.g. JS, HTML, CSS and image changes), and that apps can query for updates from (using our provided client SDKs).

Why do developers choose CodePush?

What are the cons of using CodePush?

What tools integrate with CodePush?

What are some alternatives to Bitbucket and CodePush?
GitHub
GitHub is the best place to share code with friends, co-workers, classmates, and complete strangers. Over three million people use GitHub to build amazing things together.
GitLab
GitLab offers git repository management, code reviews, issue tracking, activity feeds and wikis. Enterprises install GitLab on-premise and connect it with LDAP and Active Directory servers for secure authentication and authorization. A single GitLab server can handle more than 25,000 users but it is also possible to create a high availability setup with multiple active servers.
Git
Git is a free and open source distributed version control system designed to handle everything from small to very large projects with speed and efficiency.
Crucible
It is a Web-based application primarily aimed at enterprise, and certain features that enable peer review of a code base may be considered enterprise social software.
Atlassian Stash
It is a centralized solution to manage Git repositories behind the firewall. Streamlined for small agile teams, powerful enough for large organizations.
See all alternatives
Decisions about Bitbucket and CodePush