Bitbucket vs Neovim: What are the differences?

Bitbucket belongs to "Code Collaboration & Version Control" category of the tech stack, while Neovim can be primarily classified under "Text Editor".

On the other hand, Neovim provides the following key features:

"Free private repos" is the primary reason why developers consider Bitbucket over the competitors, whereas "Modern and more powerful Vim" was stated as the key factor in picking Neovim.

PayPal, Salesforce, and CircleCI are some of the popular companies that use Bitbucket, whereas Neovim is used by MAK IT, Finciero, and Focus21 Inc.. Bitbucket has a broader approval, being mentioned in 1750 company stacks & 1493 developers stacks; compared to Neovim, which is listed in 11 company stacks and 14 developer stacks.

Cons of Bitbucket
Cons of Neovim

Neovim is a project that seeks to aggressively refactor Vim in order to: simplify maintenance and encourage contributions, split the work between multiple developers, enable the implementation of new/modern user interfaces without any modifications to the core source, and improve extensibility with a new plugin architecture.

What companies use Neovim?

What tools integrate with Neovim? 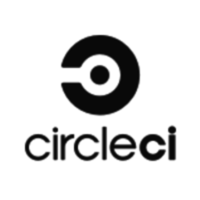 +34
28
39796
What are some alternatives to Bitbucket and Neovim?
GitHub
GitHub is the best place to share code with friends, co-workers, classmates, and complete strangers. Over three million people use GitHub to build amazing things together.
GitLab
GitLab offers git repository management, code reviews, issue tracking, activity feeds and wikis. Enterprises install GitLab on-premise and connect it with LDAP and Active Directory servers for secure authentication and authorization. A single GitLab server can handle more than 25,000 users but it is also possible to create a high availability setup with multiple active servers.
Git
Git is a free and open source distributed version control system designed to handle everything from small to very large projects with speed and efficiency.
Atlassian Stash
It is a centralized solution to manage Git repositories behind the firewall. Streamlined for small agile teams, powerful enough for large organizations.
Crucible
It is a Web-based application primarily aimed at enterprise, and certain features that enable peer review of a code base may be considered enterprise social software.
See all alternatives
Interest over time
How much does Bitbucket cost?
How much does Neovim cost?
Pricing unavailable
News about Bitbucket
Introducing a New Pull Request Sidebar
(bitbucket.org)
10 days ago
Manual steps in parallel groups available for Pipelines
(bitbucket.org)
Dec 16, 2020
Introducing a New Pull Request Status in Bitbucket Cloud: Changes Requested
(bitbucket.org)
Dec 11, 2020
Docker Hub rate limits in Bitbucket Pipelines
(bitbucket.org)
Oct 30, 2020
Performance Improvements, Reliability, and Feature Flag Mishaps
(bitbucket.org)
Oct 28, 2020
More news
News about Neovim
More news
Who’s hiring in tech?