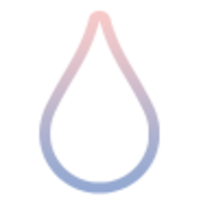 .NET vs Vapor: What are the differences?

.NET: A free, cross-platform, open source developer platform for building many different types of applications. .NET is a general purpose development platform. With .NET, you can use multiple languages, editors, and libraries to build native applications for web, mobile, desktop, gaming, and IoT for Windows, macOS, Linux, Android, and more; Vapor: A type-safe web framework for Swift. Vapor is the first true web framework for Swift. It provides a beautifully expressive foundation for your app without tying you to any single server implementation.

.NET and Vapor can be categorized as "Frameworks (Full Stack)" tools.

Some of the features offered by .NET are:

On the other hand, Vapor provides the following key features:

"Tight integration with visual studio" is the primary reason why developers consider .NET over the competitors, whereas "Fast" was stated as the key factor in picking Vapor.

Stack Exchange, Starbucks, and Docplanner are some of the popular companies that use .NET, whereas Vapor is used by Applicodo, N26, and Nodes. .NET has a broader approval, being mentioned in 1561 company stacks & 231 developers stacks; compared to Vapor, which is listed in 6 company stacks and 5 developer stacks.

Decisions about .NET and Vapor

Django
in
My Stack

Decided to change all my stack to microsoft technologies for they behave just great together. It is very easy to set up and deploy projects using visual studio and azure. Visual studio is also an amazing IDE, if not the best, when used for C#, it allows you to work in every aspect of your software.

Visual studio templates for ASP.NET MVC are the best I've found compared to django, rails, laravel, and others.

.NET is a general purpose development platform. With .NET, you can use multiple languages, editors, and libraries to build native applications for web, mobile, desktop, gaming, and IoT for Windows, macOS, Linux, Android, and more.

Why do developers choose .NET?

Why do developers choose Vapor?

What are the cons of using .NET?

What are the cons of using Vapor?

What companies use .NET?

What companies use Vapor?

What tools integrate with .NET?

What tools integrate with Vapor?

What are some alternatives to .NET and Vapor?
ASP.NET
.NET is a developer platform made up of tools, programming languages, and libraries for building many different types of applications.
Java
Java is a programming language and computing platform first released by Sun Microsystems in 1995. There are lots of applications and websites that will not work unless you have Java installed, and more are created every day. Java is fast, secure, and reliable. From laptops to datacenters, game consoles to scientific supercomputers, cell phones to the Internet, Java is everywhere!
Python
Python is a general purpose programming language created by Guido Van Rossum. Python is most praised for its elegant syntax and readable code, if you are just beginning your programming career python suits you best.
PHP
Fast, flexible and pragmatic, PHP powers everything from your blog to the most popular websites in the world.
JavaScript
JavaScript is most known as the scripting language for Web pages, but used in many non-browser environments as well such as node.js or Apache CouchDB. It is a prototype-based, multi-paradigm scripting language that is dynamic,and supports object-oriented, imperative, and functional programming styles.
See all alternatives
Related Comparisons

Microsoft has done an incredible job of keeping the .NET Framework powerful and stable. It is well designed and keeps getting more robust with each release. It isn't the most popular technology in this space, but I think a good case can be made to use .NET in many new projects.

As we started on Windows Phone we use C# and .NET for most of our apps and sites. Being a small team of 2, using .NET enables us to work on each part of the service without having to switch to different languages.

I use .NET alongside with C# since my university studies, and I really enjoy it. Especially .NET Core, which is the best thing that happened to Microsoft since... ever.

As the server framework for our APIs and services.