Heads up! You are comparing apples to oranges. Here is a related, more direct comparison: Redis vs KeyDB
HomeApplication and DataData StoresCache 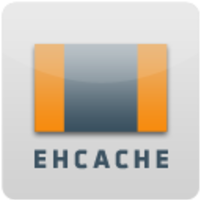 Ehcache vs Redis: What are the differences?

Ehcache: Java's Most Widely-Used Cache. Ehcache is an open source, standards-based cache for boosting performance, offloading your database, and simplifying scalability. It's the most widely-used Java-based cache because it's robust, proven, and full-featured. Ehcache scales from in-process, with one or more nodes, all the way to mixed in-process/out-of-process configurations with terabyte-sized caches; Redis: An in-memory database that persists on disk. Redis is an open source, BSD licensed, advanced key-value store. It is often referred to as a data structure server since keys can contain strings, hashes, lists, sets and sorted sets.

Ehcache belongs to "Cache" category of the tech stack, while Redis can be primarily classified under "In-Memory Databases".

According to the StackShare community, Redis has a broader approval, being mentioned in 3239 company stacks & 1732 developers stacks; compared to Ehcache, which is listed in 4 company stacks and 8 developer stacks.

Ehcache is an open source, standards-based cache for boosting performance, offloading your database, and simplifying scalability. It's the most widely-used Java-based cache because it's robust, proven, and full-featured. Ehcache scales from in-process, with one or more nodes, all the way to mixed in-process/out-of-process configurations with terabyte-sized caches.

Why do developers choose Ehcache?

What are the cons of using Ehcache?

Jobs that mention Ehcache and Redis as a desired skillset

What companies use Ehcache?

What tools integrate with Ehcache?

What are some alternatives to Ehcache and Redis?
Memcached
Memcached is an in-memory key-value store for small chunks of arbitrary data (strings, objects) from results of database calls, API calls, or page rendering.
Apache Ignite
It is a memory-centric distributed database, caching, and processing platform for transactional, analytical, and streaming workloads delivering in-memory speeds at petabyte scale
Hazelcast
With its various distributed data structures, distributed caching capabilities, elastic nature, memcache support, integration with Spring and Hibernate and more importantly with so many happy users, Hazelcast is feature-rich, enterprise-ready and developer-friendly in-memory data grid solution.
GraphQL Cache
A custom middleware for graphql-ruby that handles key construction and cache reads/writes transparently.
See all alternatives
Decisions about Ehcache and Redis

How developers use Ehcache and Redis