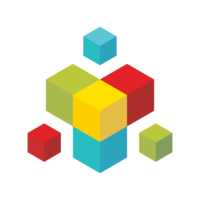 Scout vs TraceView: What are the differences?

What is Scout? Application Monitoring that Developers Love. Scout is application monitoring that points developers right to the source of problems: N+1 database queries, memory bloat, performance trends, and more Scout eliminates much of the investigation part when performance woes occur. .

What is TraceView? Ridiculously Detailed Application Monitoring. Expose everything, from the webserver to database, cache and API calls. The core technology is based on X-Trace, a distributed tracing framework that’s served as the inspiration for companies like Google and Twitter.

Scout and TraceView can be primarily classified as "Performance Monitoring" tools.

Some of the features offered by Scout are:

On the other hand, TraceView provides the following key features:

"Easy setup" is the top reason why over 9 developers like Scout, while over 2 developers mention "The heatmap helped me isolate DB related issues" as the leading cause for choosing TraceView.

Scout is application monitoring that points developers right to the source of problems: N+1 database queries, memory bloat, performance trends, and more. Scout eliminates much of the investigation part when performance woes occur.

Expose everything, from the webserver to database, cache and API calls. The core technology is based on X-Trace, a distributed tracing framework that’s served as the inspiration for companies like Google and Twitter.

Why do developers choose Scout?

Why do developers choose TraceView?

What are the cons of using Scout?

What are the cons of using TraceView?

What companies use Scout?

What tools integrate with Scout?

What tools integrate with TraceView?

What are some alternatives to Scout and TraceView?
New Relic
New Relic is the all-in-one web application performance tool that lets you see performance from the end user experience, through servers, and down to the line of application code.
Datadog
Datadog is the leading service for cloud-scale monitoring. It is used by IT, operations, and development teams who build and operate applications that run on dynamic or hybrid cloud infrastructure. Start monitoring in minutes with Datadog!
ruxit
Ruxit is a all-in-one performance monitoring solution for cloud natives. In under five minutes customizable dashboard views show you your application's performance data.
AppDynamics
AppDynamics develops application performance management (APM) solutions that deliver problem resolution for highly distributed applications through transaction flow monitoring and deep diagnostics.
Azure Application Insights
It is use to monitor your live web application. It will automatically detect performance anomalies. It includes powerful analytics tools to help you diagnose issues and to understand what users actually do with your app.
See all alternatives
Decisions about Scout and TraceView
No stack decisions found
Related Comparisons

We love Scout at Rollbar. Here's how we use it.

We have added Scout to our Ansible configuration for new host setup. So, when we provision a new machine, we get basic monitoring without any extra configuration. Once the host is up and running, we add it to the appropriate role in Scout and all of our monitoring plugins are magically deployed and enabled on the new host.

One of the best things about Scout is how beautiful and therefore usable their graphs are. We have a Scout dashboard which shows all of our response codes which allows us to quickly see connections between different hosts when problems occur.

Scout's plugin model makes it really easy to extend. We have implemented our own log monitoring plugin which reports metrics like the 90th percentile of slow queries on our site. These types of plugins allow us to see issues at a glance during deploys, maintenance and load spikes.

Nagios is amazing, but let's be real... Anyone who has used it knows how painful it is to set up, administer and extend. We are in the process of cutting over from Nagios to Scout to handle more of our infrastructure monitoring and soon, alerting.

I'm a freelance developer with a handful of servers that needed insightful monitoring and alerts. I searched high and low across both hosted and self hosted solutions... paid and open source. While many are quite capable the self-hosted solutions were clunky and overkill. The few self-hosted for pay solutions costs structure were completely outside of a freelances budget. ScoutApp is the first that had the easy to use setup, amazing plugins for specific app monitoring and the price was actually affordable. Setup couldn't be easier. Plugins are handled amazingly with a single click that initiates the agent to install remotely. The interface is minimal and easy to read. Triggers are so well done and easy to setup with clear human language detailing the alert criteria. Real-time graphing is just icing on the cake.

ScoutApp is great for not just small but enterprise level infrastructures as well. Added features such as roles, multi-user accounts, environments and even an API make growing with it a no brainer.

I used to have NewRelic on https://doorbell.io for my monitoring. It worked pretty well for the basic things, and the basic plan is free.

However, as https://doorbell.io's stack got increasingly complicated, the plugins of NewRelic didn't work as well as I needed, in order to reliably monitor all aspects of the platform.

I decided to try out Scout as an alternative, since even though it doesn't have a free plan, the basic plan is only $8/month (compared to $149 for NewRelic).

I found the interface to be really good, and they have great documentation. I found plugins for every single part of my stack, and they all worked very easily "out of the box". And best of all, added practically no overhead to the server!

So overall, I'd say it's a service that's well worth paying for. It's a steal at $8/month!

We migrated our infrastructure monitoring to Scout about six months ago when our previous monitoring solution became unreliable and cumbersome to maintain. We were pleasantly surprised at the ease of implementation and the library of plugins already available.

The fine grain polling frequency and long term metric logging helped us maintain the high level of uptime our application requires. Moreover, due to the nature of the Scout protocol, changes to our specific application monitoring can be configured at a high level in their interface with a few clicks.

For the few times we have been in communication with their support team to help sort our questions or clarify details, we have been thoroughly impressed at their response time and personalized attention to our needs.

We are a very small non profit with a very simple server setup. Our two developers do not have any special training as sys admins. But it was very easy to get setup with Scout and start some simple monitoring of our servers. Most of what we do is check that some key processes are running and that our URLs are up. It was easy to do all of that with Scout. That said: we're interested in learning more about Scout's capabilities and doing more sophisticated server monitoring down the line.

How developers use Scout and TraceView

We are a very small non profit with a very simple server setup. Our two developers do not have any special training as sys admins. That said, it was very simple to get setup with Scout and start some simple monitoring of our servers. Most of what we do is check that some key processes are running and that our URLs are up. But we're interested in learning more aboutS Scout's capabilities/ doing more sophisticated server monitoring down the line.