SourceTree vs Visual Studio Code: What are the differences?

What is SourceTree? A free Git GUI client for Windows and macOS. Use the full capability of Git and Mercurial in the SourceTree desktop app. Manage all your repositories, hosted or local, through SourceTree's simple interface.

"Visual history and branch view", "Beautiful UI" and "Easy repository browsing" are the key factors why developers consider SourceTree; whereas "Powerful multilanguage IDE", "Fast" and "Front-end develop out of the box" are the primary reasons why Visual Studio Code is favored.

PedidosYa, Yahoo!, and triGo GmbH are some of the popular companies that use Visual Studio Code, whereas SourceTree is used by Zillow, PedidosYa, and Coderus. Visual Studio Code has a broader approval, being mentioned in 1104 company stacks & 2298 developers stacks; compared to SourceTree, which is listed in 615 company stacks and 400 developer stacks. 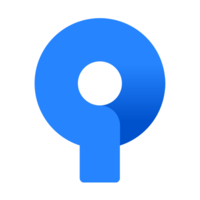 Use the full capability of Git and Mercurial in the SourceTree desktop app. Manage all your repositories, hosted or local, through SourceTree's simple interface.

See which teams inside your own company are using SourceTree or Visual Studio Code.
Sign up for StackShare EnterpriseLearn More

What are some alternatives to SourceTree and Visual Studio Code?
GitKraken
The downright luxurious Git client for Windows, Mac and Linux. Cross-platform, 100% standalone, and free.
Bitbucket
Bitbucket gives teams one place to plan projects, collaborate on code, test and deploy, all with free private Git repositories. Teams choose Bitbucket because it has a superior Jira integration, built-in CI/CD, & is free for up to 5 users.
Tower
Use all of Git's powerful feature set - in a GUI that makes you more productive.
GitHub
GitHub is the best place to share code with friends, co-workers, classmates, and complete strangers. Over three million people use GitHub to build amazing things together.
Fork
Manage your repositories without leaving the application. Organize the repositores into categories. Fork's Diff Viewer provides a clear view to spot the changes in your source code quickly.
See all alternatives
See all the technologies you’re using across your company.
Sign up for StackShare EnterpriseLearn More