Android Studio vs Visual Studio: What are the differences?

Android Studio: Android development environment based on IntelliJ IDEA. Android Studio is a new Android development environment based on IntelliJ IDEA. It provides new features and improvements over Eclipse ADT and will be the official Android IDE once it's ready; Visual Studio: State-of-the-art tools and services that you can use to create great apps for devices, the cloud, and everything in between. Visual Studio is a suite of component-based software development tools and other technologies for building powerful, high-performance applications.

"Android studio is a great tool, getting better and bet " is the primary reason why developers consider Android Studio over the competitors, whereas "Intellisense, ui" was stated as the key factor in picking Visual Studio.

According to the StackShare community, Visual Studio has a broader approval, being mentioned in 676 company stacks & 1009 developers stacks; compared to Android Studio, which is listed in 928 company stacks and 690 developer stacks.

Hey, So I'm new to coding in Java and I'm planning to code an app, for both iOS and Android, and I'm not sure what IDE should I use. I want something that is free, easy to use, and beginner-friendly, but at the same time, I want all the features to be available in it since I want to try and code a social media app. Any help is appreciated! 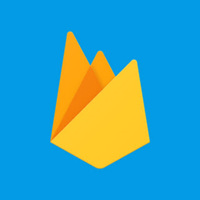 GIve a minute to see what Flutter + Dart could offer to you. Dart is modern null safe typed language, has lots of similarities to known languages, so it's pretty simple to learn. Flutter offers way to create multi platform UI's using composition. And result is performant on mobile devices. 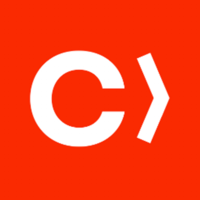 What is Visual Studio?

Visual Studio is a suite of component-based software development tools and other technologies for building powerful, high-performance applications. 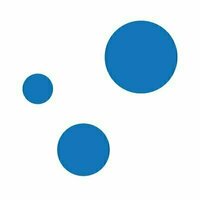 What companies use Visual Studio?

See which teams inside your own company are using Android Studio or Visual Studio.
Sign up for Private StackShareLearn More

What tools integrate with Visual Studio?

+12
13
3955
What are some alternatives to Android Studio and Visual Studio?
IntelliJ IDEA
Out of the box, IntelliJ IDEA provides a comprehensive feature set including tools and integrations with the most important modern technologies and frameworks for enterprise and web development with Java, Scala, Groovy and other languages.
Eclipse
Standard Eclipse package suited for Java and plug-in development plus adding new plugins; already includes Git, Marketplace Client, source code and developer documentation. Click here to file a bug against Eclipse Platform.
Xamarin
Xamarin’s Mono-based products enable .NET developers to use their existing code, libraries and tools (including Visual Studio*), as well as skills in .NET and the C# programming language, to create mobile applications for the industry’s most widely-used mobile devices, including Android-based smartphones and tablets, iPhone, iPad and iPod Touch.
Xcode
The Xcode IDE is at the center of the Apple development experience. Tightly integrated with the Cocoa and Cocoa Touch frameworks, Xcode is an incredibly productive environment for building amazing apps for Mac, iPhone, and iPad.
Flutter
Flutter is a mobile app SDK to help developers and designers build modern mobile apps for iOS and Android.
See all alternatives
See all the technologies you’re using across your company.
Sign up for Private StackShareLearn More