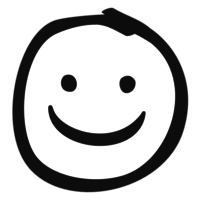 Balsamiq vs UXPin: What are the differences?

What is Balsamiq? Rapid wireframing tool that helps you work faster & smarter. Balsamiq Mockups is a web tool that allows users to mock up different designs and ideas quickly and easily. Balsamic Mockups is similar to drawing mockups, but it is digital.

What is UXPin? The Full-Stack UX Design Platform. Agile UX in one place: design systems, prototyping, and documentation together.

Balsamiq and UXPin can be primarily classified as "Wireframing" tools.

Some of the features offered by Balsamiq are:

On the other hand, UXPin provides the following key features:

"Useful mockups" is the primary reason why developers consider Balsamiq over the competitors, whereas "Semantic UI support" was stated as the key factor in picking UXPin.

According to the StackShare community, Balsamiq has a broader approval, being mentioned in 177 company stacks & 63 developers stacks; compared to UXPin, which is listed in 17 company stacks and 6 developer stacks.

Agile UX in one place: design systems, prototyping, and documentation together

Why do developers choose Balsamiq?

Why do developers choose UXPin?

What are the cons of using Balsamiq?

What are the cons of using UXPin?

What companies use UXPin?

What tools integrate with UXPin?

What are some alternatives to Balsamiq and UXPin?
Sketch
Easily create complex shapes with our state-of-the-art vector boolean operations and take advantage of our extensive layer styles.
Adobe XD
A vector-based tool developed and published by Adobe Inc for designing and prototyping user experience for web and mobile apps.
Pencil
A web application microframework for Rust
Evolus Pencil
It is built for the purpose of providing a free and open-source GUI prototyping tool that people can easily install and use to create mockups in popular desktop platforms.
Moqups
Achieve flow with our web app for creating mockups, wireframes and interactive prototypes that look great onscreen and on paper thanks to the Scalable Vector Graphics (SVG) technology.
See all alternatives
Decisions about Balsamiq and UXPin
No stack decisions found
Related Comparisons

[One time purchase] Sketch and Invision have taken this slot but this is a nice down and dirty wireframing tool.

One of the ways we help bring your vision together, and stay on the same page from the very beginning.

We use UXPin for high fidelity mockups and prototypes.

To create mockups and organize my ideas.

Quick wire-framing without (any) details

How much does Balsamiq cost?
How much does UXPin cost?
News about Balsamiq
[Release] A small bug fix release
(blogs.balsamiq.com)
Oct 10, 2016
More news
News about UXPin
More news
Explore the technology behind