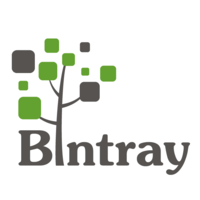 BinTray vs Bitbucket: What are the differences?

BinTray and Bitbucket can be categorized as "Code Collaboration & Version Control" tools.

Some of the features offered by BinTray are:

On the other hand, Bitbucket provides the following key features:

"Free for opensource packages" is the primary reason why developers consider BinTray over the competitors, whereas "Free private repos" was stated as the key factor in picking Bitbucket.

PayPal, Salesforce, and CircleCI are some of the popular companies that use Bitbucket, whereas BinTray is used by BUX, Forerunner Games, and Notify-e. Bitbucket has a broader approval, being mentioned in 1749 company stacks & 1492 developers stacks; compared to BinTray, which is listed in 4 company stacks and 6 developer stacks.

Bintray offers developers the fastest way to publish and consume OSS software releases. With Bintray's full self-service platform developers have full control over their published software and how it is distributed to the world.

Why do developers choose BinTray?

What are the cons of using BinTray?

What companies use BinTray?

What tools integrate with BinTray?

What are some alternatives to BinTray and Bitbucket?
JitPack
JitPack is an easy to use package repository for Gradle/Sbt and Maven projects. We build GitHub projects on demand and provides ready-to-use packages.
JFrog Artifactory
It integrates with your existing ecosystem supporting end-to-end binary management that overcomes the complexity of working with different software package management systems, and provides consistency to your CI/CD workflow.
Apache Maven
Maven allows a project to build using its project object model (POM) and a set of plugins that are shared by all projects using Maven, providing a uniform build system. Once you familiarize yourself with how one Maven project builds you automatically know how all Maven projects build saving you immense amounts of time when trying to navigate many projects.
GitHub
GitHub is the best place to share code with friends, co-workers, classmates, and complete strangers. Over three million people use GitHub to build amazing things together.
GitLab
GitLab offers git repository management, code reviews, issue tracking, activity feeds and wikis. Enterprises install GitLab on-premise and connect it with LDAP and Active Directory servers for secure authentication and authorization. A single GitLab server can handle more than 25,000 users but it is also possible to create a high availability setup with multiple active servers.
See all alternatives
Decisions about BinTray and Bitbucket

With Bintray i'm deploying DEB and RPM packaged versions of my software.

We deploy our runtime and API using Bintray