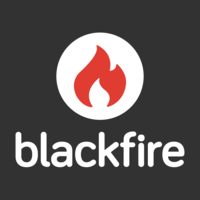 Blackfire.io vs New Relic: What are the differences?

Developers describe Blackfire.io as "Blackfire Profiler automatically instruments your code to gather data about consumed server resources like memory, CPU time, and I/O". Blackfire achieves a new level of accuracy by aggregating several profile samples and getting rid of non relevant data. Get even deeper and review the interactions with your entire stack (SQL database engines, cache servers, ...). On the other hand, New Relic is detailed as "SaaS Application Performance Management for Ruby, PHP, .Net, Java, Python, and Node.js Apps". New Relic is the all-in-one web application performance tool that lets you see performance from the end user experience, through servers, and down to the line of application code.

Blackfire.io and New Relic can be primarily classified as "Performance Monitoring" tools.

Some of the features offered by Blackfire.io are:

"Deep insights into PHP request cycle" is the top reason why over 4 developers like Blackfire.io, while over 411 developers mention "Easy setup" as the leading cause for choosing New Relic.

Blackfire is a profiler which drills down to function/method call level to enable developers to understand and optimize their code's behaviour and performance. It works with no impact for end users on prod, integrates with CI/CD, and more.

Why do developers choose Blackfire.io?

What are the cons of using Blackfire.io?

What tools integrate with Blackfire.io?

What are some alternatives to Blackfire.io and New Relic?
Datadog
Datadog is the leading service for cloud-scale monitoring. It is used by IT, operations, and development teams who build and operate applications that run on dynamic or hybrid cloud infrastructure. Start monitoring in minutes with Datadog!
ruxit
Ruxit is a all-in-one performance monitoring solution for cloud natives. In under five minutes customizable dashboard views show you your application's performance data.
AppDynamics
AppDynamics develops application performance management (APM) solutions that deliver problem resolution for highly distributed applications through transaction flow monitoring and deep diagnostics.
Azure Application Insights
It is use to monitor your live web application. It will automatically detect performance anomalies. It includes powerful analytics tools to help you diagnose issues and to understand what users actually do with your app.
Dynatrace
It is an AI-powered, full stack, automated performance management solution. It provides user experience analysis that identifies and resolves application performance issues faster than ever before.
See all alternatives
Decisions about Blackfire.io and New Relic

Profiling of slow requests. It helps to understand the bootstrapping and the whole requests cycle.