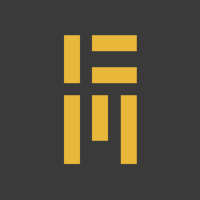 BlazeMeter vs Flood IO: What are the differences?

Developers describe BlazeMeter as "The Load Testing Platform for Developers". Simulate any user scenario for webapps, websites, mobile apps or web services. 100% Apache JMeter compatible. Scalable from 1 to 1,000,000+ concurrent users.
. On the other hand, Flood IO is detailed as "Load Testing for everyone". Flood IO is a self-service load testing platform, designed to allow anyone to easily test the performance of their website from a few hundred users, right to up to 1 million or more.

BlazeMeter and Flood IO can be categorized as "Load and Performance Testing" tools.

Some of the features offered by BlazeMeter are:

On the other hand, Flood IO provides the following key features:

Flood IO is a self-service load testing platform, designed to allow anyone to easily test the performance of their website from a few hundred users, right to up to 1 million or more.

Why do developers choose BlazeMeter?

Why do developers choose Flood IO?

What are the cons of using BlazeMeter?

What are the cons of using Flood IO?

What companies use Flood IO?

What tools integrate with Flood IO?

What are some alternatives to BlazeMeter and Flood IO?
Gatling
Gatling is a highly capable load testing tool. It is designed for ease of use, maintainability and high performance. Out of the box, Gatling comes with excellent support of the HTTP protocol that makes it a tool of choice for load testing any HTTP server. As the core engine is actually protocol agnostic, it is perfectly possible to implement support for other protocols. For example, Gatling currently also ships JMS support.
Load Impact
It is performance testing platform brings performance testing to the developer’s turf. Developers of all skill levels are able to easily pick up manual testing with it and simply transition to the more modern principles of DevOps and performance testing automation.
Runscope
Keep tabs on all aspects of your API's performance with uptime monitoring, integration testing, logging and real-time monitoring.
RedLine13
It is a load testing platform that brings the low cost power of the cloud to JMeter and other open source load testing tools.
Apache JMeter
It is open source software, a 100% pure Java application designed to load test functional behavior and measure performance. It was originally designed for testing Web Applications but has since expanded to other test functions.
See all alternatives
Decisions about BlazeMeter and Flood IO
No stack decisions found
Related Comparisons