Heads up! You are comparing apples to oranges. Here is a related, more direct comparison: Red Hat OpenShift vs Cloudify
HomeApplication and DataApplication HostingCloud Hosting

Google Compute Engine vs OpenShift: What are the differences?

Developers describe Google Compute Engine as "Run large-scale workloads on virtual machines hosted on Google's infrastructure". Google Compute Engine is a service that provides virtual machines that run on Google infrastructure. Google Compute Engine offers scale, performance, and value that allows you to easily launch large compute clusters on Google's infrastructure. There are no upfront investments and you can run up to thousands of virtual CPUs on a system that has been designed from the ground up to be fast, and to offer strong consistency of performance. On the other hand, OpenShift is detailed as "Red Hat's free Platform as a Service (PaaS) for hosting Java, PHP, Ruby, Python, Node.js, and Perl apps". OpenShift is Red Hat's Cloud Computing Platform as a Service (PaaS) offering. OpenShift is an application platform in the cloud where application developers and teams can build, test, deploy, and run their applications.

Google Compute Engine belongs to "Cloud Hosting" category of the tech stack, while OpenShift can be primarily classified under "Platform as a Service".

Some of the features offered by Google Compute Engine are:

"Backed by google" is the primary reason why developers consider Google Compute Engine over the competitors, whereas "Good free plan" was stated as the key factor in picking OpenShift.

According to the StackShare community, Google Compute Engine has a broader approval, being mentioned in 592 company stacks & 428 developers stacks; compared to OpenShift, which is listed in 50 company stacks and 52 developer stacks. 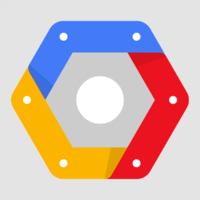 What is Google Compute Engine?

Google Compute Engine is a service that provides virtual machines that run on Google infrastructure. Google Compute Engine offers scale, performance, and value that allows you to easily launch large compute clusters on Google's infrastructure. There are no upfront investments and you can run up to thousands of virtual CPUs on a system that has been designed from the ground up to be fast, and to offer strong consistency of performance.

What companies use Google Compute Engine?

What are some alternatives to Google Compute Engine and Red Hat OpenShift?
Google App Engine
Google has a reputation for highly reliable, high performance infrastructure. With App Engine you can take advantage of the 10 years of knowledge Google has in running massively scalable, performance driven systems. App Engine applications are easy to build, easy to maintain, and easy to scale as your traffic and data storage needs grow.
DigitalOcean
We take the complexities out of cloud hosting by offering blazing fast, on-demand SSD cloud servers, straightforward pricing, a simple API, and an easy-to-use control panel.
Google Cloud Platform
It helps you build what's next with secure infrastructure, developer tools, APIs, data analytics and machine learning. It is a suite of cloud computing services that runs on the same infrastructure that Google uses internally for its end-user products, such as Google Search and YouTube.
Amazon EC2
It is a web service that provides resizable compute capacity in the cloud. It is designed to make web-scale computing easier for developers.
Microsoft Azure
Azure is an open and flexible cloud platform that enables you to quickly build, deploy and manage applications across a global network of Microsoft-managed datacenters. You can build applications using any language, tool or framework. And you can integrate your public cloud applications with your existing IT environment.
See all alternatives
Interest over time
How much does Google Compute Engine cost?
How much does Red Hat OpenShift cost?
Pricing unavailable
News about Google Compute Engine
96 vCPU Compute Engine instances are now generally available
(cloudplatform.googleblog.com)
Feb 14, 2018
Why you should pick strong consistency, whenever possible
(cloudplatform.googleblog.com)
Jan 11, 2018
Getting started with Google Compute Engine: a guide to all the guides
(cloudplatform.googleblog.com)
Dec 19, 2017
Introducing an easy way to deploy containers on Google Compute Engine virtual machines
(cloudplatform.googleblog.com)
Nov 29, 2017
Introducing nested virtualization for Google Compute Engine
(cloudplatform.googleblog.com)
Sep 28, 2017
More news
News about Red Hat OpenShift
Minishift and the Enterprise: Installation
(blog.openshift.com)
Feb 16, 2018
Take Our Survey to Help Us Improve the OpenShift Developer Experience
(blog.openshift.com)
Feb 7, 2018
[Podcast] PodCTL #24 – The Blurred Line Between Containers and Applications
(blog.openshift.com)
Feb 5, 2018
OpenShift Online 3 Questions and Answers
(blog.openshift.com)
Feb 5, 2018
Partner Spotlight: Dynatrace
(blog.openshift.com)
Jan 25, 2018
More news