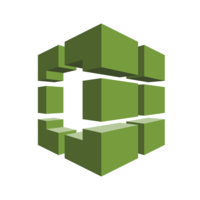 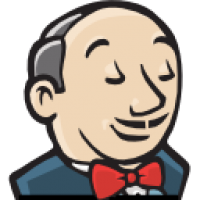 AWS CodeBuild vs Blue Ocean: What are the differences?

Developers describe AWS CodeBuild as "Build and test code with continuous scaling". AWS CodeBuild is a fully managed build service that compiles source code, runs tests, and produces software packages that are ready to deploy. With CodeBuild, you don’t need to provision, manage, and scale your own build servers. On the other hand, Blue Ocean is detailed as "A reboot of the Jenkins CI/CD User Experience". Designed from the ground up for Jenkins Pipeline and compatible with Freestyle jobs, Blue Ocean reduces clutter and increases clarity for every member of your team.

AWS CodeBuild and Blue Ocean can be primarily classified as "Continuous Integration" tools.

Some of the features offered by AWS CodeBuild are:

On the other hand, Blue Ocean provides the following key features:

"Pay per minute" is the primary reason why developers consider AWS CodeBuild over the competitors, whereas "Beautiful interface" was stated as the key factor in picking Blue Ocean.

Convox, Volta Industries, and ChromaDex are some of the popular companies that use AWS CodeBuild, whereas Blue Ocean is used by CityLiv, Nexus National Security Network, and iCodeBetter. AWS CodeBuild has a broader approval, being mentioned in 21 company stacks & 14 developers stacks; compared to Blue Ocean, which is listed in 4 company stacks and 10 developer stacks.

What is AWS CodeBuild?

AWS CodeBuild is a fully managed build service that compiles source code, runs tests, and produces software packages that are ready to deploy. With CodeBuild, you don’t need to provision, manage, and scale your own build servers.

What companies use AWS CodeBuild?

What tools integrate with AWS CodeBuild?

What are some alternatives to AWS CodeBuild and Blue Ocean?
Jenkins
In a nutshell Jenkins CI is the leading open-source continuous integration server. Built with Java, it provides over 300 plugins to support building and testing virtually any project.
AWS CodePipeline
CodePipeline builds, tests, and deploys your code every time there is a code change, based on the release process models you define.
Apache Maven
Maven allows a project to build using its project object model (POM) and a set of plugins that are shared by all projects using Maven, providing a uniform build system. Once you familiarize yourself with how one Maven project builds you automatically know how all Maven projects build saving you immense amounts of time when trying to navigate many projects.
GitLab CI
GitLab offers a continuous integration service. If you add a .gitlab-ci.yml file to the root directory of your repository, and configure your GitLab project to use a Runner, then each merge request or push triggers your CI pipeline.
AWS CodeDeploy
AWS CodeDeploy is a service that automates code deployments to Amazon EC2 instances. AWS CodeDeploy makes it easier for you to rapidly release new features, helps you avoid downtime during deployment, and handles the complexity of updating your applications.
See all alternatives
Interest over time
How much does AWS CodeBuild cost?
How much does Blue Ocean cost?
Pricing unavailable
News about AWS CodeBuild
More news
News about Blue Ocean
Blue Ocean Dev Log: January Week #4
(jenkins.io)
Jan 27, 2017
Blue Ocean Dev Log: February Week #1
(jenkins.io)
Feb 3, 2017
Blue Ocean Dev Log: February Week #2
(jenkins.io)
Feb 10, 2017
Say Hello to the Blue Ocean Pipeline Editor
(jenkins.io)
Feb 15, 2017
Blue Ocean Dev Log: February Week #4
(jenkins.io)
Feb 24, 2017
More news