Heads up! You are comparing apples to oranges. Here is a related, more direct comparison: Terraform vs Helm
HomeDevOpsBuild, Test, DeployServer Configuration and Automation 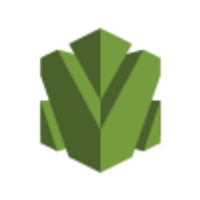 AWS OpsWorks vs Terraform: What are the differences?

Developers describe AWS OpsWorks as "Model and manage your entire application from load balancers to databases using Chef". Start from templates for common technologies like Ruby, Node.JS, PHP, and Java, or build your own using Chef recipes to install software packages and perform any task that you can script. AWS OpsWorks can scale your application using automatic load-based or time-based scaling and maintain the health of your application by detecting failed instances and replacing them. You have full control of deployments and automation of each component . On the other hand, Terraform is detailed as "Describe your complete infrastructure as code and build resources across providers". With Terraform, you describe your complete infrastructure as code, even as it spans multiple service providers. Your servers may come from AWS, your DNS may come from CloudFlare, and your database may come from Heroku. Terraform will build all these resources across all these providers in parallel.

AWS OpsWorks can be classified as a tool in the "Server Configuration and Automation" category, while Terraform is grouped under "Infrastructure Build Tools".

Some of the features offered by AWS OpsWorks are:

"Devops" is the top reason why over 27 developers like AWS OpsWorks, while over 80 developers mention "Infrastructure as code" as the leading cause for choosing Terraform.

Instacart, Slack, and Twitch are some of the popular companies that use Terraform, whereas AWS OpsWorks is used by DeveloperTown, Third Iron, and TENDIGI, LLC. Terraform has a broader approval, being mentioned in 490 company stacks & 298 developers stacks; compared to AWS OpsWorks, which is listed in 73 company stacks and 18 developer stacks.

What is AWS OpsWorks?

Start from templates for common technologies like Ruby, Node.JS, PHP, and Java, or build your own using Chef recipes to install software packages and perform any task that you can script. AWS OpsWorks can scale your application using automatic load-based or time-based scaling and maintain the health of your application by detecting failed instances and replacing them. You have full control of deployments and automation of each component&nbsp;

With Terraform, you describe your complete infrastructure as code, even as it spans multiple service providers. Your servers may come from AWS, your DNS may come from CloudFlare, and your database may come from Heroku. Terraform will build all these resources across all these providers in parallel.

Why do developers choose AWS OpsWorks?

Why do developers choose Terraform?

What are the cons of using AWS OpsWorks?

What are the cons of using Terraform?

What companies use AWS OpsWorks?

What tools integrate with AWS OpsWorks?

What are some alternatives to AWS OpsWorks and Terraform?
Chef
Chef enables you to manage and scale cloud infrastructure with no downtime or interruptions. Freely move applications and configurations from one cloud to another. Chef is integrated with all major cloud providers including Amazon EC2, VMWare, IBM Smartcloud, Rackspace, OpenStack, Windows Azure, HP Cloud, Google Compute Engine, Joyent Cloud and others.
AWS Elastic Beanstalk
Once you upload your application, Elastic Beanstalk automatically handles the deployment details of capacity provisioning, load balancing, auto-scaling, and application health monitoring.
AWS Config
AWS Config is a fully managed service that provides you with an AWS resource inventory, configuration history, and configuration change notifications to enable security and governance. With AWS Config you can discover existing AWS resources, export a complete inventory of your AWS resources with all configuration details, and determine how a resource was configured at any point in time. These capabilities enable compliance auditing, security analysis, resource change tracking, and troubleshooting.
AWS CloudFormation
You can use AWS CloudFormation’s sample templates or create your own templates to describe the AWS resources, and any associated dependencies or runtime parameters, required to run your application. You don’t need to figure out the order in which AWS services need to be provisioned or the subtleties of how to make those dependencies work.
AWS CodeDeploy
AWS CodeDeploy is a service that automates code deployments to Amazon EC2 instances. AWS CodeDeploy makes it easier for you to rapidly release new features, helps you avoid downtime during deployment, and handles the complexity of updating your applications.
See all alternatives
Decisions about AWS OpsWorks and Terraform

Joseph Kunzler
DevOps Engineer at Tillable · a year ago | 9 upvotes · 82.9K views
at

We use Terraform because we needed a way to automate the process of building and deploying feature branches. We wanted to hide the complexity such that when a dev creates a PR, it triggers a build and deployment without the dev having to worry about any of the 'plumbing' going on behind the scenes. Terraform allows us to automate the process of provisioning DNS records, Amazon S3 buckets, Amazon EC2 instances and AWS Elastic Load Balancing (ELB)'s. It also makes it easy to tear it all down when finished. We also like that it supports multiple clouds, which is why we chose to use it over AWS CloudFormation.

I use Terraform because it hits the level of abstraction pocket of being high-level and flexible, and is agnostic to cloud platforms. Creating complex infrastructure components for a solution with a UI console is tedious to repeat. Using low-level APIs are usually specific to cloud platforms, and you still have to build your own tooling for deploying, state management, and destroying infrastructure.

However, Terraform is usually slower to implement new services compared to cloud-specific APIs. It's worth the trade-off though, especially if you're multi-cloud. I heard someone say, "We want to preference a cloud, not lock in to one." Terraform builds on that claim.

Our base infrastructure is composed of Debian based servers running in Amazon EC2 , asset storage with Amazon S3 , and Amazon RDS for Aurora and Redis under Amazon ElastiCache for data storage.

We are starting to work in automated provisioning and management with Terraform , Packer , and Ansible .

Terraform makes it so easy to deploy AWS and Google Cloud services, with the declarative approach avoiding so many headaches of manual work and possible mistakes.

The entire AWS environments is described and setup using Terraform.

All of our infrastructure is stored as code thanks to Terraform.