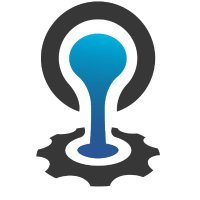 Cloud Foundry vs OpenShift: What are the differences?

Cloud Foundry and OpenShift can be categorized as "Platform as a Service" tools.

Some of the features offered by Cloud Foundry are:

According to the StackShare community, OpenShift has a broader approval, being mentioned in 50 company stacks & 52 developers stacks; compared to Cloud Foundry, which is listed in 8 company stacks and 13 developer stacks.

What is Cloud Foundry?

Cloud Foundry is an open platform as a service (PaaS) that provides a choice of clouds, developer frameworks, and application services. Cloud Foundry makes it faster and easier to build, test, deploy, and scale applications.

OpenShift is Red Hat's Cloud Computing Platform as a Service (PaaS) offering. OpenShift is an application platform in the cloud where application developers and teams can build, test, deploy, and run their applications.

Why do developers choose Cloud Foundry?

Why do developers choose OpenShift?

What are the cons of using Cloud Foundry?

What are the cons of using OpenShift?

Jobs that mention Cloud Foundry and OpenShift as a desired skillset

What companies use Cloud Foundry?

What companies use OpenShift?

What tools integrate with Cloud Foundry?

What tools integrate with OpenShift?

What are some alternatives to Cloud Foundry and OpenShift?
Docker
The Docker Platform is the industry-leading container platform for continuous, high-velocity innovation, enabling organizations to seamlessly build and share any application — from legacy to what comes next — and securely run them anywhere
Kubernetes
Kubernetes is an open source orchestration system for Docker containers. It handles scheduling onto nodes in a compute cluster and actively manages workloads to ensure that their state matches the users declared intentions.
OpenStack
OpenStack is a cloud operating system that controls large pools of compute, storage, and networking resources throughout a datacenter, all managed through a dashboard that gives administrators control while empowering their users to provision resources through a web interface.
Terraform
With Terraform, you describe your complete infrastructure as code, even as it spans multiple service providers. Your servers may come from AWS, your DNS may come from CloudFlare, and your database may come from Heroku. Terraform will build all these resources across all these providers in parallel.
Heroku
Heroku is a cloud application platform – a new way of building and deploying web apps. Heroku lets app developers spend 100% of their time on their application code, not managing servers, deployment, ongoing operations, or scaling.
See all alternatives
Decisions about Cloud Foundry and OpenShift

How developers use Cloud Foundry and OpenShift

Easy host and monitor the application on the cloud, using a platform that is hight integrated with Spring Framework, but is also agnostic of technology