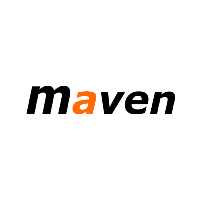 Docker vs Apache Maven: What are the differences?

Docker: Enterprise Container Platform for High-Velocity Innovation. The Docker Platform is the industry-leading container platform for continuous, high-velocity innovation, enabling organizations to seamlessly build and share any application — from legacy to what comes next — and securely run them anywhere; Apache Maven: Apache build manager for Java projects. Maven allows a project to build using its project object model (POM) and a set of plugins that are shared by all projects using Maven, providing a uniform build system. Once you familiarize yourself with how one Maven project builds you automatically know how all Maven projects build saving you immense amounts of time when trying to navigate many projects.

Docker belongs to "Virtual Machine Platforms & Containers" category of the tech stack, while Apache Maven can be primarily classified under "Java Build Tools".

On the other hand, Apache Maven provides the following key features:

"Rapid integration and build up", "Isolation" and "Open source" are the key factors why developers consider Docker; whereas "Dependency management", "Necessary evil" and "I’d rather code my app, not my build" are the primary reasons why Apache Maven is favored.

Lyft, StackShare, and Shopify are some of the popular companies that use Docker, whereas Apache Maven is used by Zillow, Bodybuilding.com, and PedidosYa. Docker has a broader approval, being mentioned in 3471 company stacks & 3322 developers stacks; compared to Apache Maven, which is listed in 301 company stacks and 138 developer stacks.

Decisions about Docker and Apache Maven

What is Apache Maven?

Maven allows a project to build using its project object model (POM) and a set of plugins that are shared by all projects using Maven, providing a uniform build system. Once you familiarize yourself with how one Maven project builds you automatically know how all Maven projects build saving you immense amounts of time when trying to navigate many projects.
Why do developers choose Docker?
Why do developers choose Apache Maven?

Why do developers choose Docker?

Why do developers choose Apache Maven?

What are the cons of using Docker?

What are the cons of using Apache Maven?

What companies use Apache Maven?

What tools integrate with Apache Maven?

What are some alternatives to Docker and Apache Maven?
LXC
LXC is a userspace interface for the Linux kernel containment features. Through a powerful API and simple tools, it lets Linux users easily create and manage system or application containers.
rkt
Rocket is a cli for running App Containers. The goal of rocket is to be composable, secure, and fast.
Kubernetes
Kubernetes is an open source orchestration system for Docker containers. It handles scheduling onto nodes in a compute cluster and actively manages workloads to ensure that their state matches the users declared intentions.
Cloud Foundry
Cloud Foundry is an open platform as a service (PaaS) that provides a choice of clouds, developer frameworks, and application services. Cloud Foundry makes it faster and easier to build, test, deploy, and scale applications.
Vagrant
Vagrant provides the framework and configuration format to create and manage complete portable development environments. These development environments can live on your computer or in the cloud, and are portable between Windows, Mac OS X, and Linux.
See all alternatives
Related Comparisons

Docker is the new kid on the block disrupting virtualization nowadays. You're able to save up to 70% of your development cost on AWS (or any other cloud) switching to Docker. For example instead of paying for many small VMs you can spin up a large one with many Docker containers to drastically lower your cost. That alone is only one of the reasons why Docker is the future and it's not even the best feature: isolation, testa­bil­i­ty, re­pro­ducibil­i­ty, standardization, security, and upgrading / down­grad­ing / ap­pli­ca­tion versions to name a few. You can spin up 1000's of Docker containers on an ordinary Laptop, but you would have trouble spinning up 100's of VMs. If you haven't already checked out Docker you're missing out on a huge opportunity to join the movement that will change development/production environments forever

The support for macOS is a fake.

I can't work with docker in macOS because de network and comunications with the container don't works correctly.

How developers use Docker and Apache Maven

Currently experimenting. The idea is to isolate any services where I'm not confident yet in their security/quality. The hope is that if there is an exploit in a given service that an attacker won't be able break out of the docker container and cause damage to my systems.

We are testing out docker at the moment, building images from successful staging builds for all our APIs. Since we operate in a SOA (not quite microservices), developers have a dockerfile that they can run to build the entirety of our api infrastructure on their machines. We use the successful builds from staging to power these instances allowing them to do some more manual integration testing across systems.

Each component of the app was launched in a separate container, so that they wouldn't have to share resources: the front end in one, the back end in another, a third for celery, a fourth for celery-beat, and a fifth for RabbitMQ. Actually, we ended up running four front-end containers and eight back-end, due to load constraints.

Linux containers are so much more lightweight than VMs which is quite important for my limited budget. However, Docker has much more support and tooling for it unlike LXC, hence why I use it. rkt is interesting, although I will probably stick with Docker due to being more widespread.

We are running primarily as a micro-services platform and Docker lets us iterate on these smaller units consistently from dev to staging to production. It is also integral to our continuous deployment system for rolling out or rolling back new features.

All Java-Projects are compiled using Maven. We prefer it over Ant and Gradle as it combines lightweightness with feature-richness and offers basically all we can imagine from a software project-management tool and more.