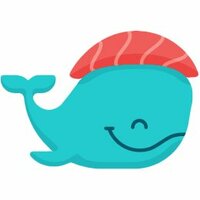 Dokku vs Heroku: What are the differences?

Developers describe Dokku as "Docker powered mini-Heroku in around 100 lines of Bash". Docker powered mini-Heroku. The smallest PaaS implementation you've ever seen. On the other hand, Heroku is detailed as "Build, deliver, monitor and scale web apps and APIs with a trail blazing developer experience". Heroku is a cloud application platform – a new way of building and deploying web apps. Heroku lets app developers spend 100% of their time on their application code, not managing servers, deployment, ongoing operations, or scaling.

Dokku and Heroku can be categorized as "Platform as a Service" tools.

"Simple" is the primary reason why developers consider Dokku over the competitors, whereas "Easy deployment" was stated as the key factor in picking Heroku.

StackShare, Heroku, and SendGrid are some of the popular companies that use Heroku, whereas Dokku is used by MAK IT, Hostr, and Vufuzi. Heroku has a broader approval, being mentioned in 1496 company stacks & 937 developers stacks; compared to Dokku, which is listed in 24 company stacks and 7 developer stacks.

Why do developers choose Dokku?

What are the cons of using Dokku?

What companies use Dokku?

What tools integrate with Dokku?

What are some alternatives to Dokku and Heroku?
Flynn
Flynn lets you deploy apps with git push and containers. Developers can deploy any app to any cluster in seconds.
Docker
The Docker Platform is the industry-leading container platform for continuous, high-velocity innovation, enabling organizations to seamlessly build and share any application — from legacy to what comes next — and securely run them anywhere
Kubernetes
Kubernetes is an open source orchestration system for Docker containers. It handles scheduling onto nodes in a compute cluster and actively manages workloads to ensure that their state matches the users declared intentions.
Rancher
Rancher is an open source container management platform that includes full distributions of Kubernetes, Apache Mesos and Docker Swarm, and makes it simple to operate container clusters on any cloud or infrastructure platform.
Docker Compose
With Compose, you define a multi-container application in a single file, then spin your application up in a single command which does everything that needs to be done to get it running.
See all alternatives
Decisions about Dokku and Heroku

How developers use Dokku and Heroku

Make deployments to the server as simple as Heroku.

good for having a low footprint