Heads up! You are comparing apples to oranges. Here is a related, more direct comparison: Next.js vs React.js Boilerplate
HomeUtilitiesApplication UtilitiesStatic Site Generators

Gatsby vs Next.js: What are the differences?

"Generated websites are super fast" is the primary reason why developers consider Gatsby over the competitors, whereas "Automatic server rendering and code splitting" was stated as the key factor in picking Next.js.

According to the StackShare community, Gatsby has a broader approval, being mentioned in 66 company stacks & 414 developers stacks; compared to Next.js, which is listed in 118 company stacks and 218 developer stacks.

Decisions about Gatsby and Next.js 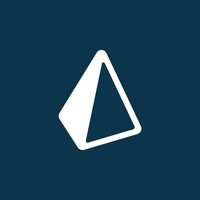 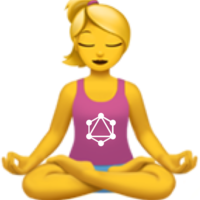 My backend set up is Prisma / GraphQL-Yoga at the moment, and I love it. It's so intuitive to learn and is really neat on the frontend too, however, there were a few gotchas when I was learning! Especially around understanding how it all pieces together (the stack). There isn't a great deal of information out there on exactly how to put into production my set up, which is a backend set up on a Digital Ocean droplet with Prisma/GraphQL Yoga in a Docker Container using Next & Apollo Client on the frontend somewhere else. It's such a niche subject, so I bet only a few hundred people have got a website with this stack in production. Anyway, I wrote a blog post to help those who might need help understanding it. Here it is, hope it helps!

Next and Gatsby come in pretty close when it comes to a lot of the front-end features, with a lot of it in favor of Gatsby. However, Next comes with first-class support for Server-Side-Rendering (SSR), while it's a bit of an afterthought in Gatsby; a lot of Gatsby's features wins are also nullified if you attempt to do SSR.

Ultimately, with Next if you want to get to the same level of polish that a Gatsby site you'll have to put in some hard work. Next is simple enough to get going and does a decent job dealing with SSR, which can be painful to deal with. I don't have first hand experience, but it's probably going to be a lot more painful trying to do SSR in Gatsby.

However, I do think that SSR is the future, for now, and Next provides the best developer experience in that regard.

Gatsby lets you build blazing fast sites with your data, whatever the source. Liberate your sites from legacy CMSs and fly into the future.

Why do developers choose Gatsby?

Why do developers choose Next.js?

What are the cons of using Gatsby?

What are the cons of using Next.js?

What companies use Gatsby?

What companies use Next.js?

What tools integrate with Gatsby?

What tools integrate with Next.js?

What are some alternatives to Gatsby and Next.js?
Hugo
Hugo is a static site generator written in Go. It is optimized for speed, easy use and configurability. Hugo takes a directory with content and templates and renders them into a full html website. Hugo makes use of markdown files with front matter for meta data.
React
Lots of people use React as the V in MVC. Since React makes no assumptions about the rest of your technology stack, it's easy to try it out on a small feature in an existing project.
Jekyll
Think of Jekyll as a file-based CMS, without all the complexity. Jekyll takes your content, renders Markdown and Liquid templates, and spits out a complete, static website ready to be served by Apache, Nginx or another web server. Jekyll is the engine behind GitHub Pages, which you can use to host sites right from your GitHub repositories.
Create React App
Create React apps with no build configuration.
WordPress
The core software is built by hundreds of community volunteers, and when you’re ready for more there are thousands of plugins and themes available to transform your site into almost anything you can imagine. Over 60 million people have chosen WordPress to power the place on the web they call “home” — we’d love you to join the family.
See all alternatives
Related Comparisons

We use Gatsby.js to render our website server-side for SEO purposes, and blazing fast load times. It also hydrates into a react app, so having dynamic functionality is a breeze.