Heroku vs Linode: What are the differences?

What is Linode? Deploy and Manage Linux Virtual Servers in the Linode Cloud. Get a server running in minutes with your choice of Linux distro, resources, and node location.

Heroku and Linode are primarily classified as "Platform as a Service" and "Cloud Hosting" tools respectively.

Some of the features offered by Heroku are:

On the other hand, Linode provides the following key features:

"Easy deployment", "Free for side projects" and "Huge time-saver" are the key factors why developers consider Heroku; whereas "Extremely reliable", "Good value" and "Easy to configure" are the primary reasons why Linode is favored.

StackShare, Heroku, and SendGrid are some of the popular companies that use Heroku, whereas Linode is used by eTobb, Infoshare, and GigSalad, LLC. Heroku has a broader approval, being mentioned in 1496 company stacks & 937 developers stacks; compared to Linode, which is listed in 129 company stacks and 38 developer stacks. 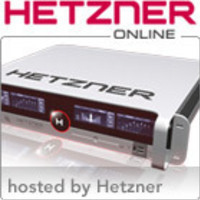 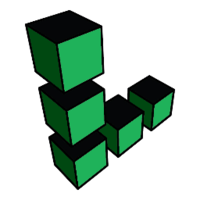 I'm transitioning to Render from heroku. The pricing scale matches my usage scale, yet it's just as easy to deploy. It's removed a lot of the devops that I don't like to deal with on setting up my own raw *nix box and makes deployment simple and easy!

Clustering I don't use clustering features at the moment but when i need to set up clustering of nodes and discoverability, render will enable that where Heroku would require that I use an external service like redis.

Restarts The restarts are annoying. I understand the reasoning, but I'd rather watch my service if its got a memory leak and work to fix it than to just assume that it has memory leaks and needs to restart.

Cons of Heroku
Cons of Linode

Get a server running in minutes with your choice of Linux distro, resources, and node location.

What companies use Linode?

See which teams inside your own company are using Heroku or Linode.
Sign up for StackShare EnterpriseLearn More

What tools integrate with Linode?

+20
2
860
What are some alternatives to Heroku and Linode?
DigitalOcean
We take the complexities out of cloud hosting by offering blazing fast, on-demand SSD cloud servers, straightforward pricing, a simple API, and an easy-to-use control panel.
Google App Engine
Google has a reputation for highly reliable, high performance infrastructure. With App Engine you can take advantage of the 10 years of knowledge Google has in running massively scalable, performance driven systems. App Engine applications are easy to build, easy to maintain, and easy to scale as your traffic and data storage needs grow.
Firebase
Firebase is a cloud service designed to power real-time, collaborative applications. Simply add the Firebase library to your application to gain access to a shared data structure; any changes you make to that data are automatically synchronized with the Firebase cloud and with other clients within milliseconds.
Docker
The Docker Platform is the industry-leading container platform for continuous, high-velocity innovation, enabling organizations to seamlessly build and share any application — from legacy to what comes next — and securely run them anywhere
Microsoft Azure
Azure is an open and flexible cloud platform that enables you to quickly build, deploy and manage applications across a global network of Microsoft-managed datacenters. You can build applications using any language, tool or framework. And you can integrate your public cloud applications with your existing IT environment.
See all alternatives
See all the technologies you’re using across your company.
Sign up for StackShare EnterpriseLearn More