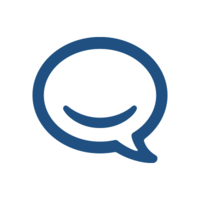 HipChat vs Mattermost: What are the differences?

What is HipChat? Supercharge team collaboration with group chat and IM. HipChat is a hosted private chat service for your company or team. Invite colleagues to share ideas and files in persistent group chat rooms. Get your team off AIM, Google Talk, and Skype — HipChat was built for business.

HipChat and Mattermost can be categorized as "Group Chat & Notifications" tools.

Some of the features offered by HipChat are:

On the other hand, Mattermost provides the following key features:

"Integrates well with a lot of developer tools" is the top reason why over 143 developers like HipChat, while over 54 developers mention "Open source" as the leading cause for choosing Mattermost.

According to the StackShare community, HipChat has a broader approval, being mentioned in 308 company stacks & 116 developers stacks; compared to Mattermost, which is listed in 38 company stacks and 24 developer stacks.

Decisions about HipChat and Mattermost

We tried out a handful of communication tools including Slack, Microsoft Teams, and Google Hangouts Chat, before settling with Mattermost.

The customisability offered through your server's system console is unrivalled and in some ways overwhelming with the sheer amount of options that you're provided with.

All communication tools share 99% of their UI with each other, and Mattermost is no different, but that's not a bad thing. It also seems to have a less cluttered interface than the others we had tried, although I can't pinpoint the specific design choice that is the reason for this.

The fact that we can have control over all of our data (we're self-hosting it through AWS on a single EC2 instance) is also a great plus which none of the options that we looked into offered.

Why do developers choose Mattermost?

What are the cons of using Mattermost?

What are some alternatives to HipChat and Mattermost?
Stride
Bring all the right people together instantly with built-in voice and video meetings. Turn conversations into action with integrated collaboration tools. Find the space to focus so you can get to done faster.
Yammer
Yammer brings the power of social networking to your company. Collaborate securely across departments, geographies, content and business applications.
Slack
Imagine all your team communication in one place, instantly searchable, available wherever you go. That’s Slack. All your messages. All your files. And everything from Twitter, Dropbox, Google Docs, Asana, Trello, GitHub and dozens of other services. All together.
Flock
Flock is a communication app for teams. Packed with tons of productivity features, Flock drives efficiency and boosts speed of execution.
Flowdock
Flowdock is a web-based team chat service that integrates with your tools to provide a window into your team's activities. With the team inbox, everyone on your team can stay up to date. Stay connected with Flowdock's iOS and Android apps.
See all alternatives
Related Comparisons

How developers use HipChat and Mattermost

It is no secret that we use Mattermost at Faelix — after all, it is a product we already support to be able to offer it to our customers. And like many network operators we use Oxidized to track and log changes to our routers and switches, even when those changes are made by automation tools.

As part of our move to using more ChatOps within the business I wanted to get visibility of network changes within our network operations channel in Mattermost. A quick and dirty script achieved this.